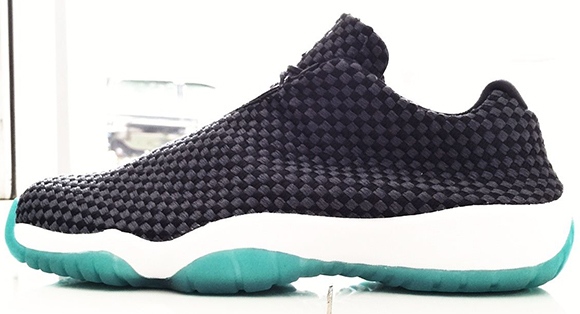 The Jordan Future Low has yet to hit retailers, but we have seen our fair share of expected releases. One pair that has arrived to eBay is a sample, which at the time are not sure if Jordan Brand plans to release them.

Nothing extreme is seen on the Jordan Future Low sample, but they do feature an all black woven upper that also makes it’s way on the tongue. Solid white is used for the midsole while teal lands on the sole and Jumpman logo on the tongue. The teal gives them a different look compared to other translucent soles, since typically we get blue or even red.

If you’re interested in the Black and Teal Jordan Future Low sample and don’t want to take your chances on them releasing, they are available now in a size 9 on eBay. 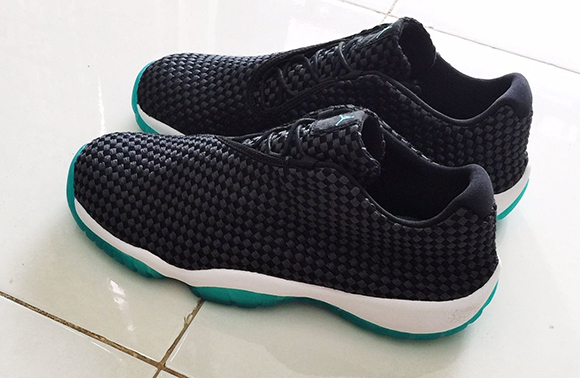 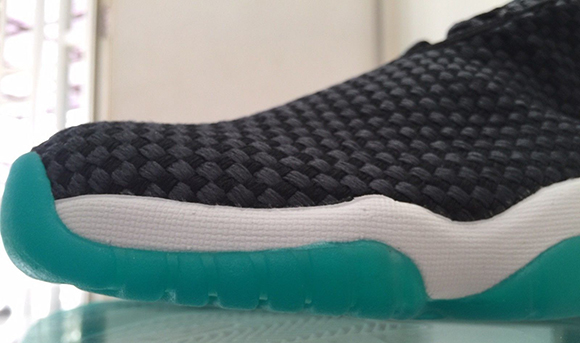 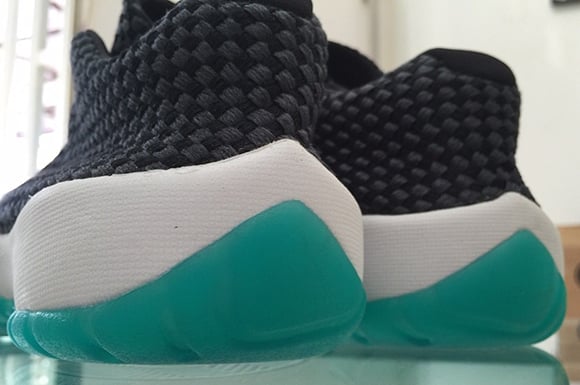 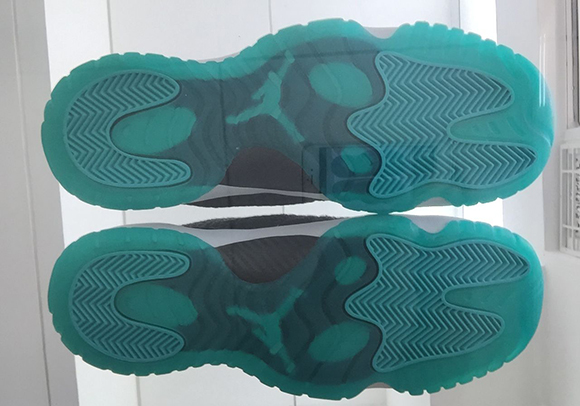