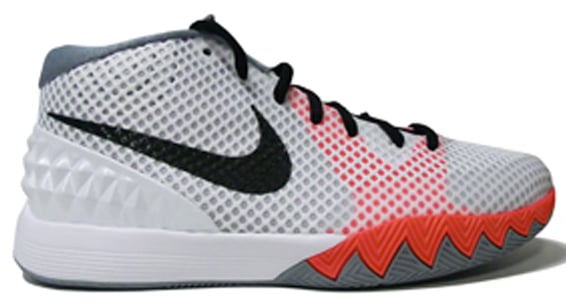 Showing up overseas is a first look at the Nike Kyrie 1 using white, black and orange. This pair is actually rumored to be a kids exclusive release. While a couple pairs of the Kyrie 1 have released in GS only sizes, they are usually a bit more brighter and standout than this one.

Lingering on the simple side, especially for kids, this Kyrie 1 uses a predominate white upper. Black is used on the swoosh, laces and tongue while grey hits the forefoot outsole and liner. Now the only kid-like color which can easily be placed on an adult shoe is orange which is placed on the Kyrie logo, just below the toe box and underlays. Like most kids specific shoes, there will probably a story behind this one.

As of now there is not a release date for the GS Nike Kyrie 1 but expect one to come shortly. Also you can check out more shots below. 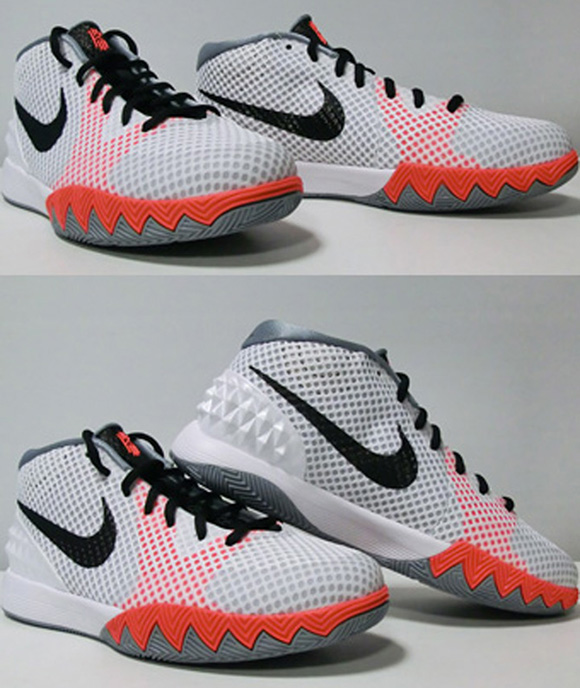 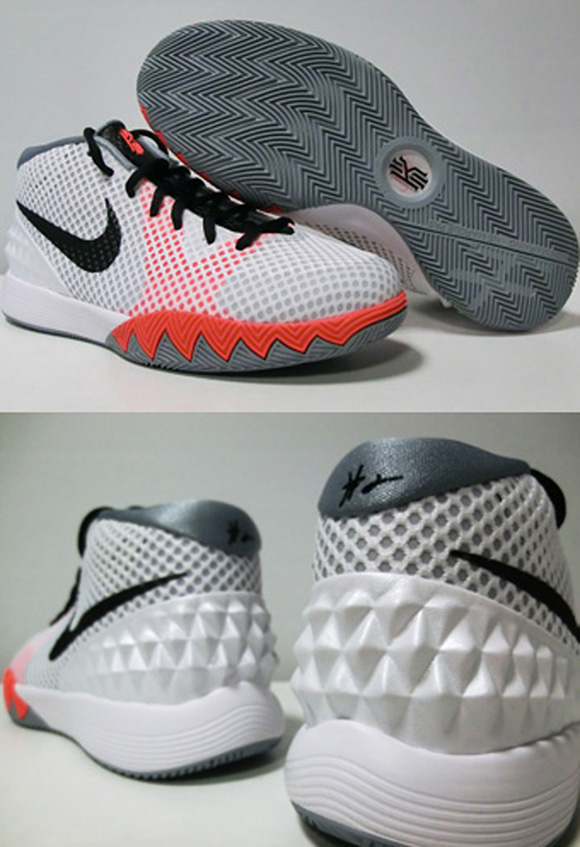