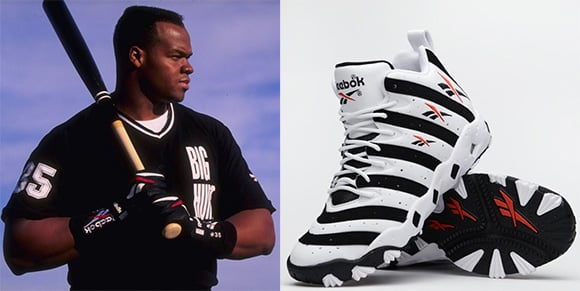 It looks like Frank Thomas isn’t happy with Reebok resurrecting the “Big Hurt” as he has filed suit in Illinois.

Thomas was signed to Reebok during 1995-98 and one of the most sought after releases was the Reebok Big Hurt.

Thomas has said that Reebok never received consent from him to use his trademark. He also wants Reebok to cease and desist the release, pull off shelves any shoes that are released with the “Big Hurt” name and wants damages.

At this time, we are unsure how much he is seeking, but it does appear he has a strong case since he owns the name.

We hope the two parties can come to some sort of resolution, since we would love to get our hands on a pair. Should Reebok just release the shoes? Work a deal out with Frank Thomas giving him damages and a piece of the profit? Or should Reebok scrape the release?