By Brian Betschart
Jan 6, 2015
In
Other Sneakers 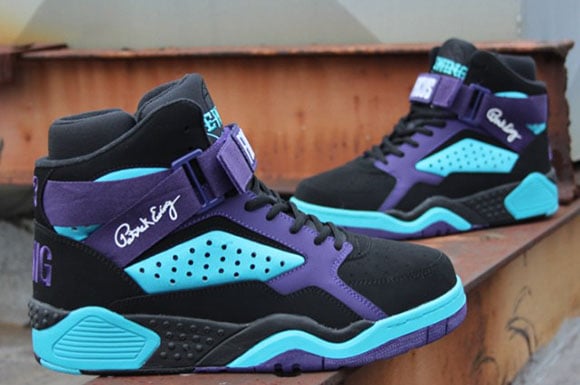 Ewing Athletics will pay tribute to the 1993 Charlotte Hornets when they took on Patrick Ewing and the New York Knicks with the Ewing Focus. The Knicks would go on winning that series 4-1.

Patrick Ewing wore the Focus in the ’93 Playoffs against the Hornets so it seems only right to give a hat tip in the way of sneakers. Featuring black uppers, purple and teal which gives them extreme pop is located throughout the uppers.

Ewing Athletics has stated the ‘Hornets’ Ewing Focus will be releasing this month, although a specific release date was not issued.