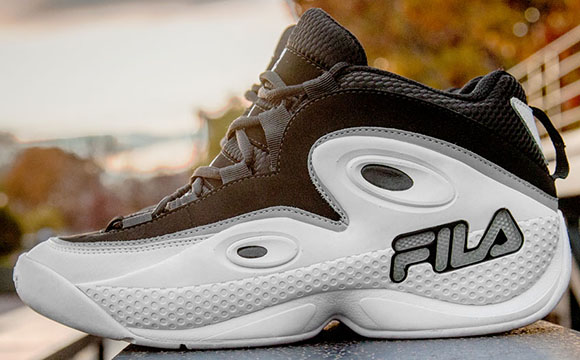 Originally Fila had the 97 model, which was once known as the Grant Hill 3 would debut again on Black Friday but due to unfortunate circumstances, the brand had to push it pack. Fila has announced a new release date today which you can see below.

Calling this pair of Fila 97s ‘Blackout’, not for the predominate use of black but for the day it was suppose to drop on, Black Friday. Although they do have black on the Filabuck, white hits the lower part of the sneakers with metallic silver hinted throughout.