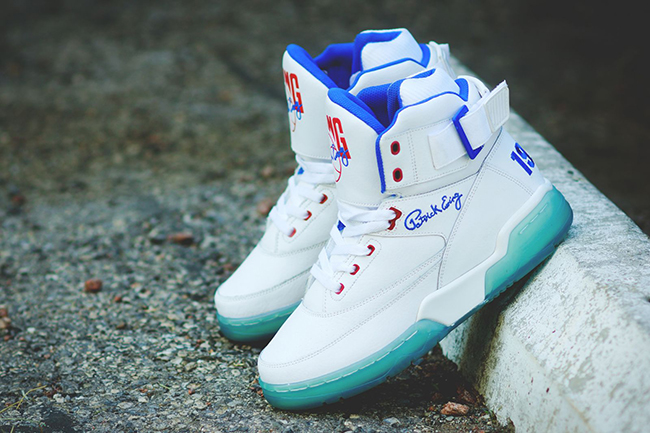 With the Lottery Draft coming tomorrow, the Knicks hope to get the Number 1 pick (although the Timberwolves have a 25% of getting it). This of course will help them next season and getting a fresh new and potential star to the squad. Ewing Athletics has shared a pair of an upcoming Ewing 33 Hi that is inspired by the 1985 first pick by the Knicks, Patrick Ewing.

The 1985 Draft Lottery Ewing 33 Hi uses a white upper along with hints of blue and red. The outsole features an icy blue tint which extends across the sole. Finally the last touches wind up on the heel which has “1985” across it.

As of now, Ewing Athletics has yet to issue a release date for the Ewing 33 Hi ‘Draft Lottery’, but should be coming either later this month or early June 2015. 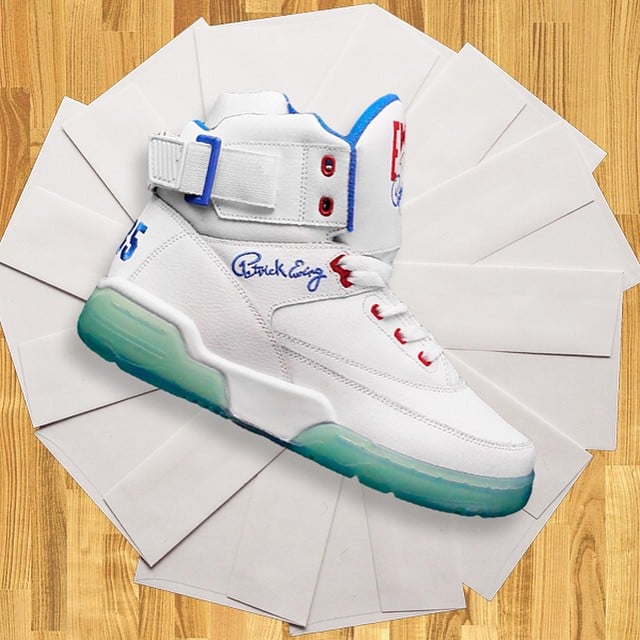 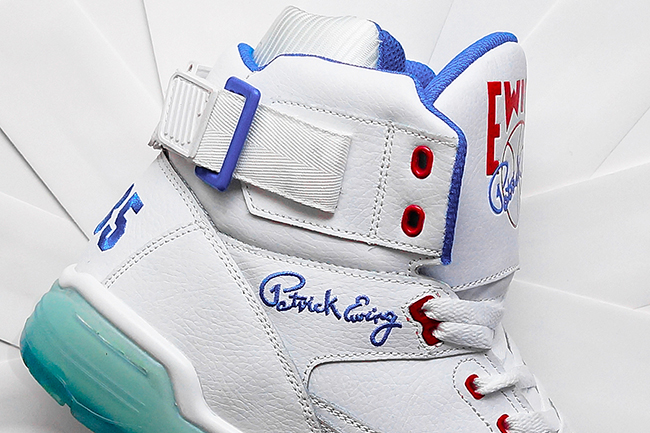