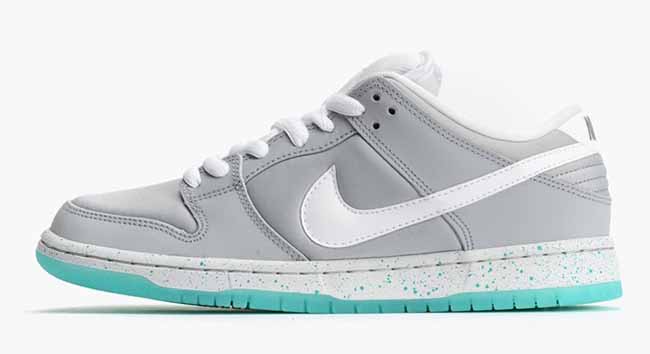 Some online retailers have already released the Nike SB Dunk Low Air Mag like Premier and Caliroots. If you missed out on them, don’t worry as a larger and what seems to be the official release date is coming very soon which we have listed below.

The Air Mag Nike Dunk SB Low might be some of our only chance at grabbing something resembling Marty McFly’s shoes. Featuring a wolf grey upper, white midsole, tongue, laces, swoosh and outsole. Finally the touches that make them relevant is light retro otherwise known as teal hitting the outsole and speckled across the midsole. On top of everything else, the insole has a graphic taken from the Hover Board. 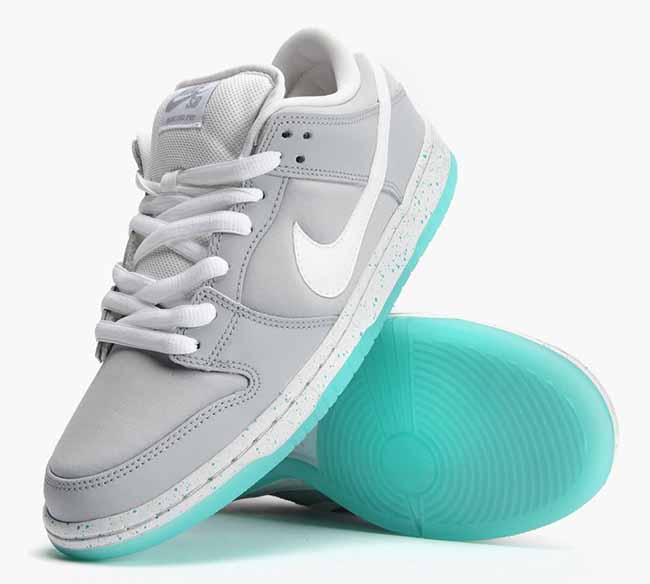 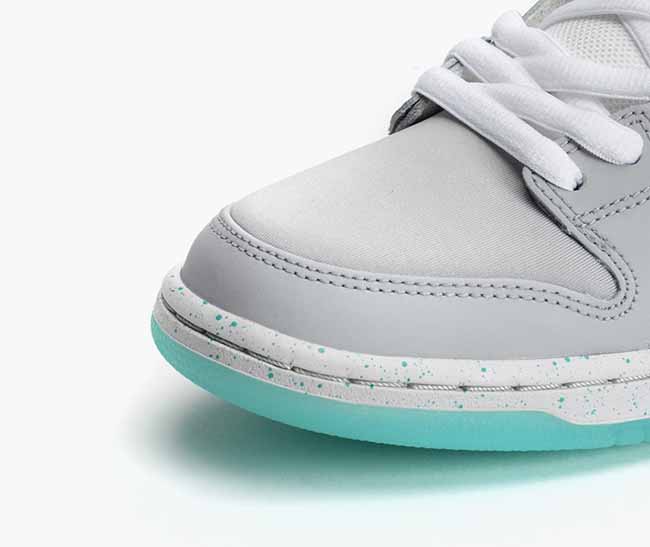 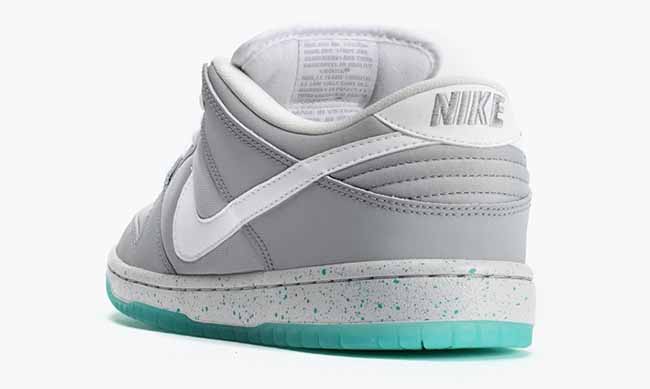 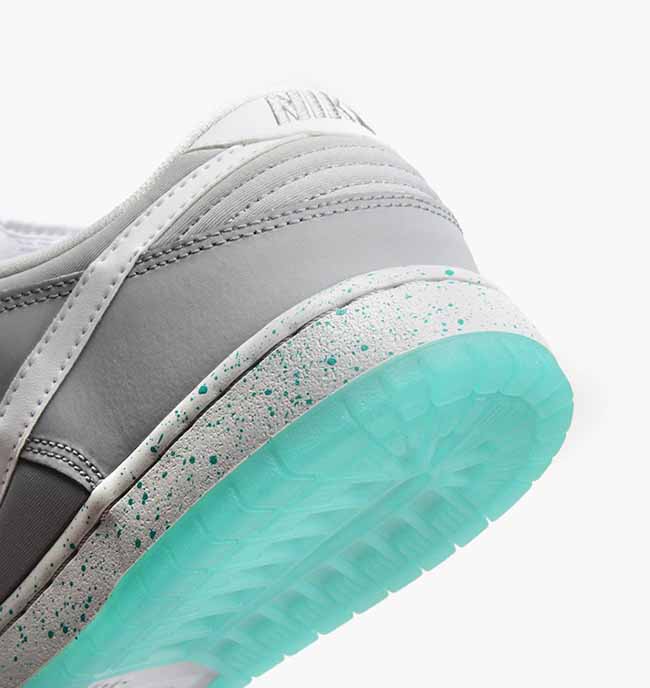 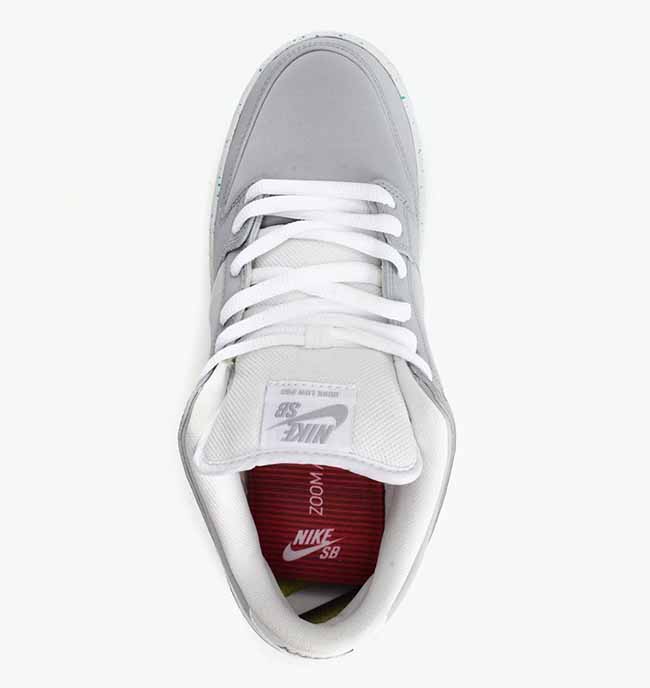 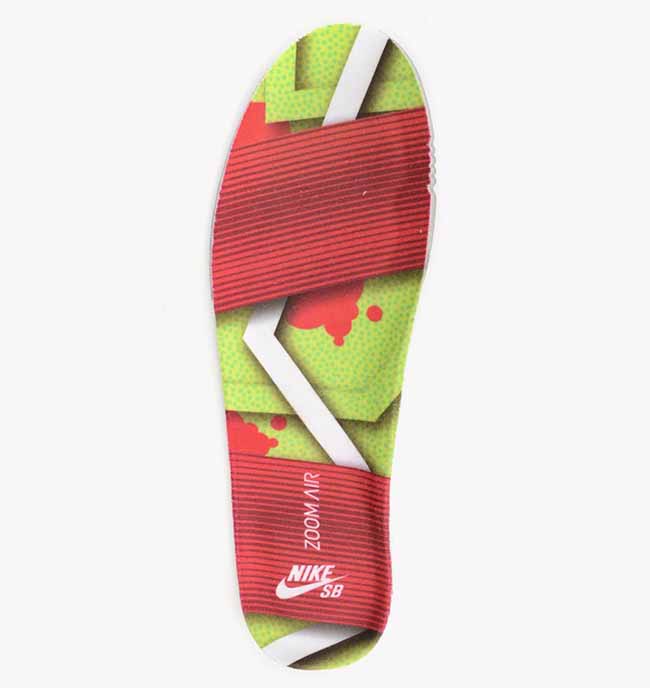 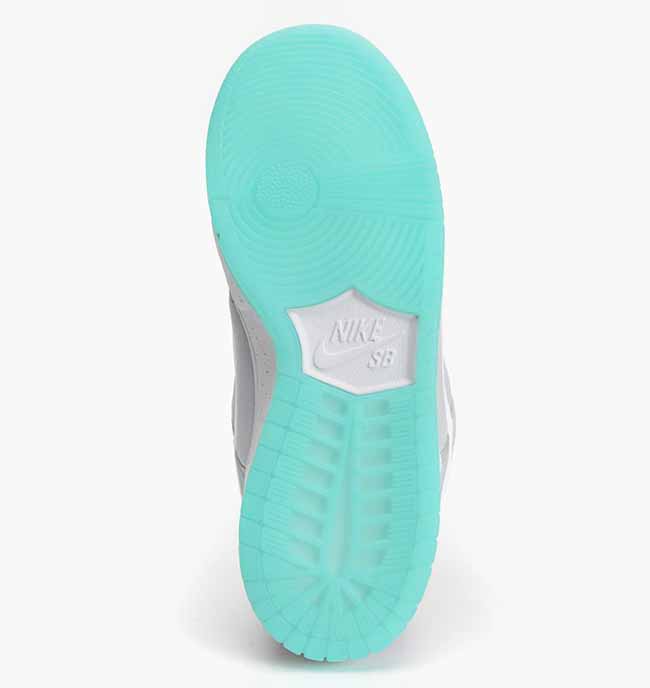