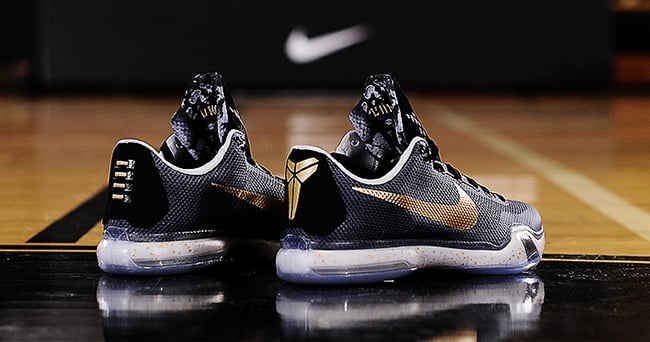 The 2014 Drew League Championship ended with Hank’s Houdini’s All-Stars winning it all. Not only were they crowned the best in 2014, but the league has made a special Nike Kobe 10 iD for the team.

The Drew League 2014 Championship Nike Kobe 10 iD features a black mesh upper, translucent grey runs through the midsole with metallic gold speckles overlaying. Again gold is used on the swoosh, heel, written on the inside of the tongue “Drew” and “Champs”.

While the Nike Kobe 10 iD ‘Drew League 2014 Champs’ won’t actually release, you could design your own pair at NikeiD which will run you $225. You can see more images of the sneakers below. 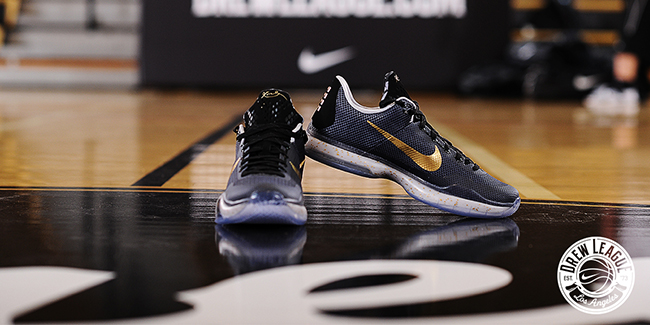 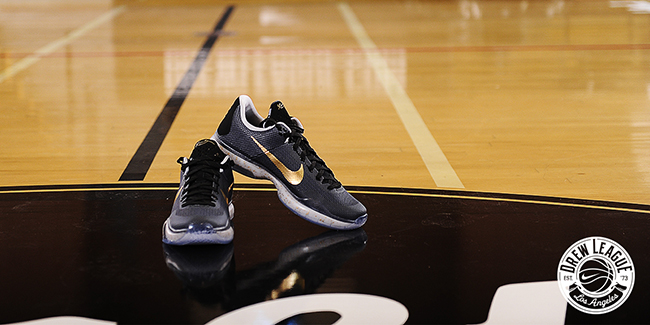 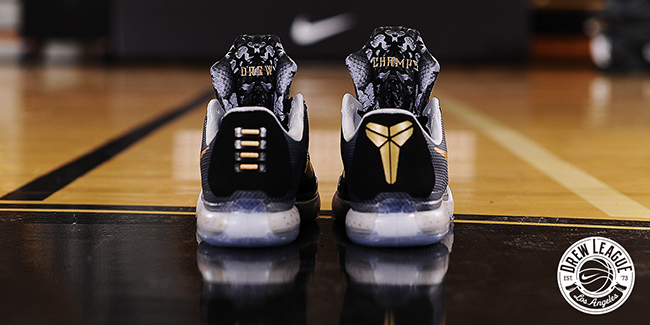