In a new promotional video by Jordan Brand, they put Marvin the Martian up against Blake Griffin in an old fashioned Slam Dunk Contest, with a twist.

The video was made to promote the Jordan Super Fly 4 ‘Marvin the Martian’ that is hitting retailers tomorrow, August 5th, 2015. Although more than likely it’s for the Super Fly 4 as a whole, grabbing the attention of the kids with this playful commercial.

Titled “The Dunk to End All Dunks” shows Blake Griffin shooting around with a friend when all of a sudden Marvin the Martian crashed down from outer space. They decide to due a dunk contest and when things start looking bad for Blake, Bugs Bunny comes in to give him a fresh pair of the Jordan Super.Fly 4s. To find out the rest, check out the video posted below. 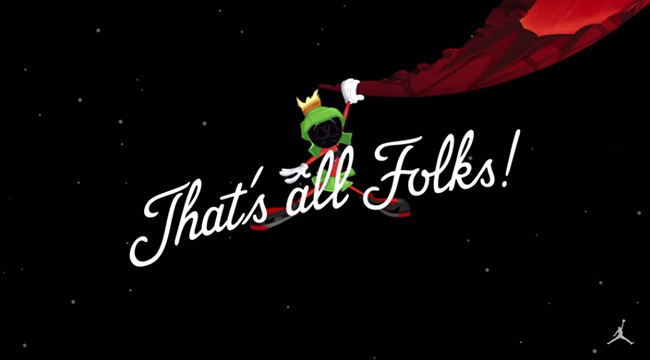