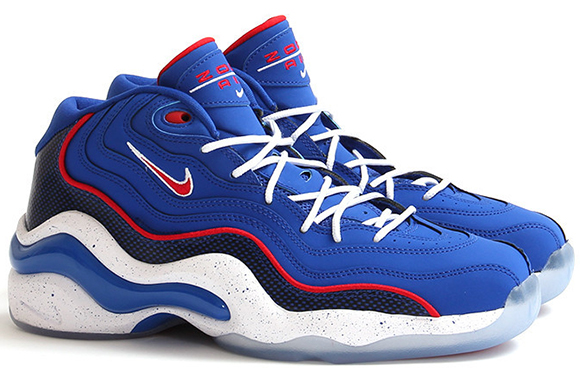 For those planning on grabbing the Nike Air Zoom Flight 96 that is inspired by Allen Iverson, we have some unfortunate news for you. The shoes have been canceled thanks to AI.

Iverson was not happy when he heard the news about the shoes and summoned his lawyer Derek Challenger who then contacted Nike. As you can see, the Zoom Flight 96 features the Philadelphia 76er’s color scheme while his number 3 is on the heel.

The shoes were actually made to celebrate the draft class of 1996, so we will have other Nike Air Zoom Flight 96s releasing for other players drafted, just not for Allen Iverson.

“Nike has made a business decision to not move forward with the shoe in the red/blue and white/purple colorways,” Wilkins said in an email. “However, two colorways inspired by the original 1996 colorways will still be available for purchase.”

You might remember that Reebok launched two pairs of Questions as a tribute to Kobe Bryant and LeBron James.

There are some sample pairs floating around and are sure they will reach a higher price since the shoes will not release.