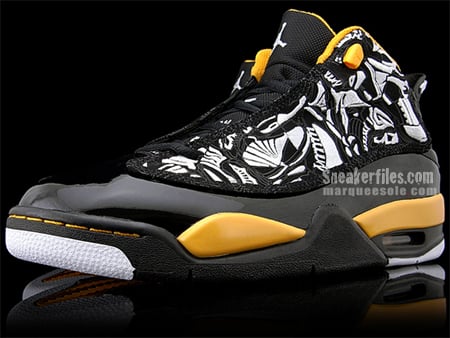 After previewing the Air Jordan Dub Zero – Black / Laser Blue earlier this month, Jordan Brand is scheduled to release this pair which looks a lot like the previous model with a tweak in the color scheme. As opposed to laser blue, varsity maize is put in place on the midsole, inner lining and other accents. However, the rest of the sneaker is kept the same with black and patent leather. Finishing of the Dub Zero is white stitched sneakers overlaying on top of each other. A specific release date has yet to be identified, but is expected for Spring/Summer in limited quantities. Via Marquee Sole. 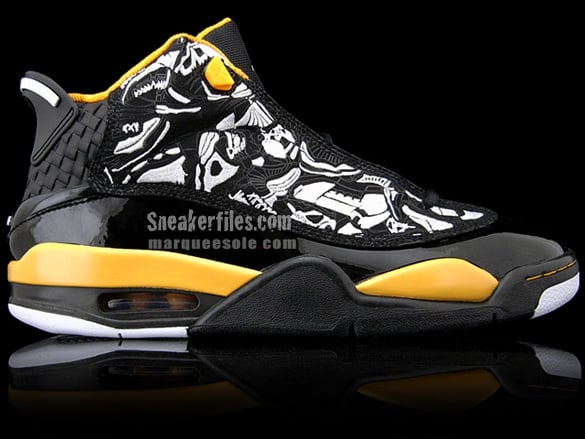 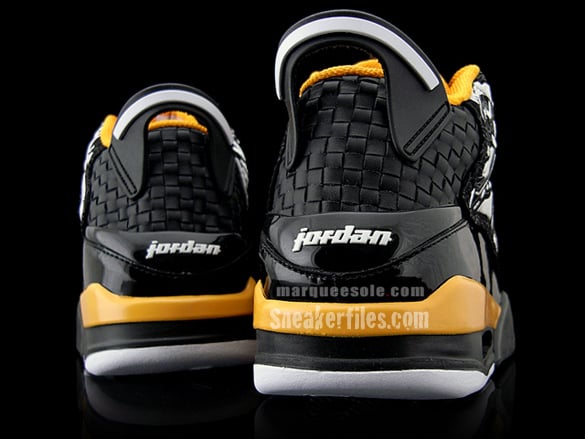