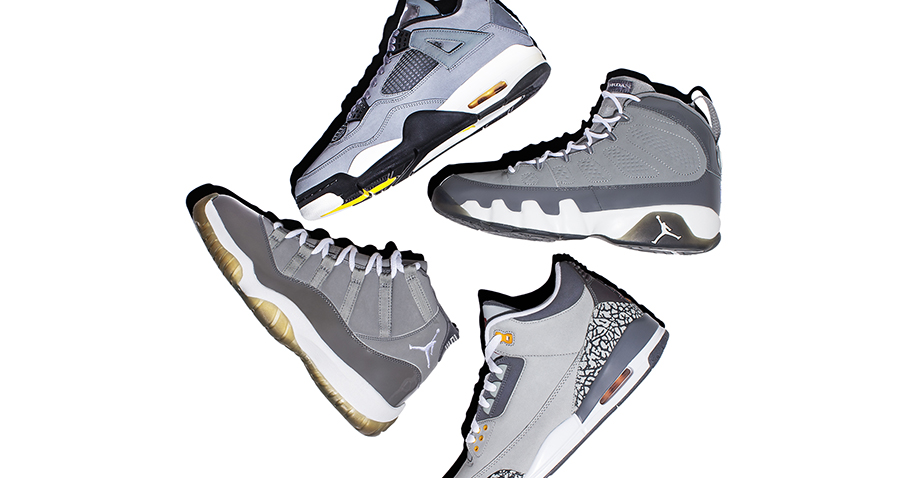 This week the Air Jordan 8 ‘Cool Grey’ will debut which will take place this Saturday, August 26th. Jordan Brand recently opened up the vault to shoe the Air Jordan Cool Grey Collection.

In 2001, the Jordan Brand introduced a simple color scheme that would soon become a staple in the Air Jordan retro line. 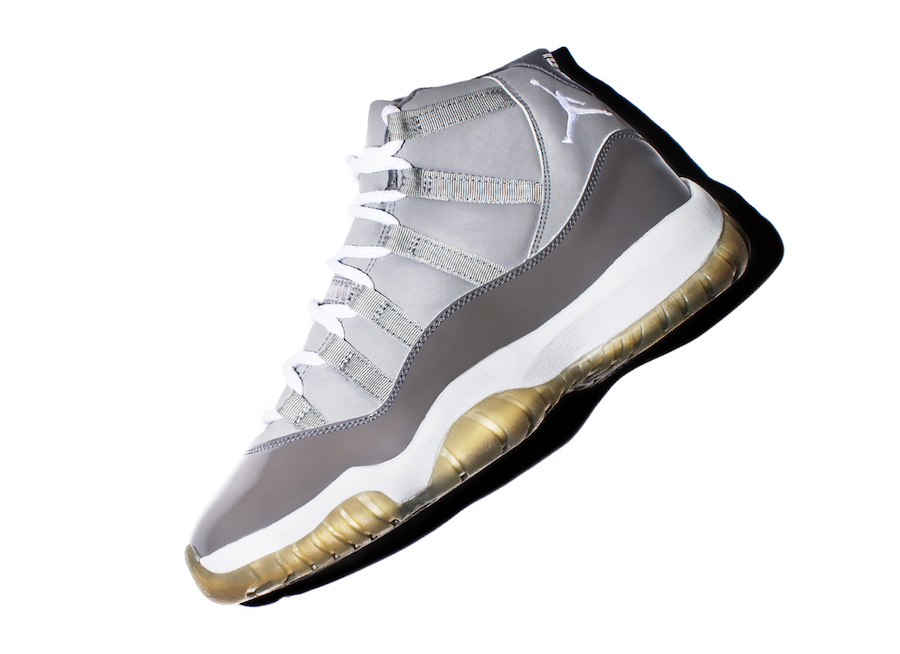 Debuting on the Air Jordan XI reissue in 2001, “Cool Grey” caused a stir in the footwear community. It introduced a toned-down look for the Air Jordan XI in the most graceful of ways, combining a soft grey durabuck with shining patent leather that added the perfect amount of contrast. The retro, off-court look would take inspiration from one of Nike’s heralded runners; the Air Max 95. “The Air Max 95 running shoe was a hot shoe at the time. I woke up early one morning and wanted to do an Air Jordan XI version of the Air Max 95 but twist it up to make it right for the basketball consumer,” explained Gentry Humphrey, who was the current Footwear Product Director and worked on the concept for the design at the time.

When comparing the two much-loved silhouettes, Humphrey knew the grey look would outfit the Air Jordan XI well. “Knowing that materials and textures can create dimension (on the same color) I thought it would be cool to do a shades of grey shoe.” he shared. “I wanted to ground it in white so that it would lighten the shoe up and then let the translucent outsole, add to the shade of grey, thru a translucent tint in the rubber.” 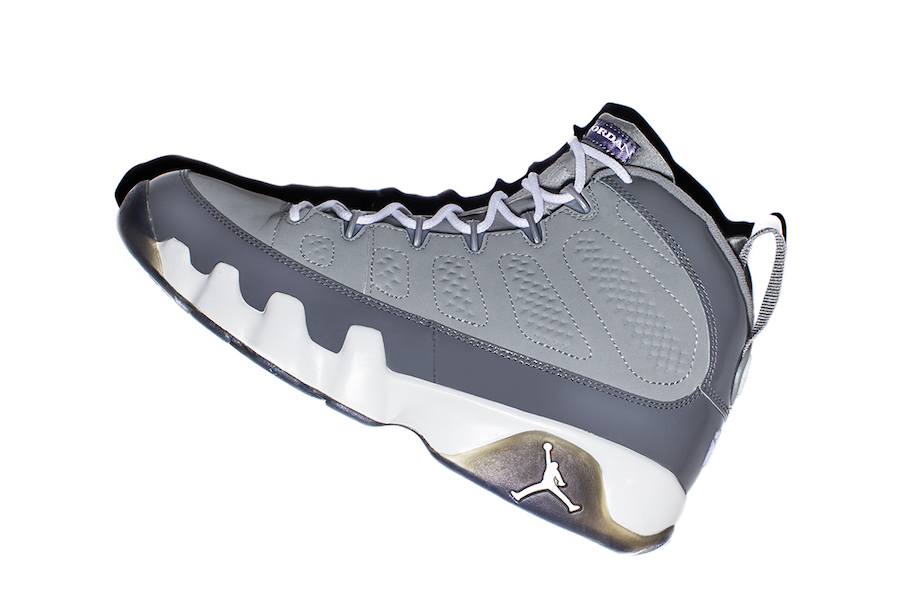 In the years following the arrival of cool grey, the lineage would grow with several new iterations, including a new look for the Air Jordan IX. This time, the design would utilize nearly the exact same language as the Air Jordan XI with a nubuck upper, shining patent leather and a smoked, translucent outsole. 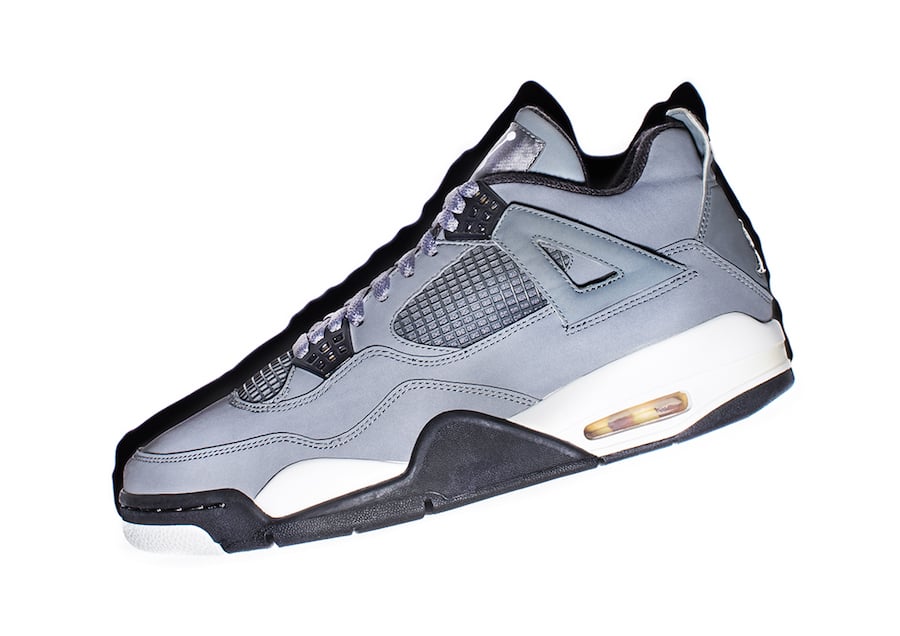 In 2004, a new iteration of the Air Jordan IV took cool grey to new places with the most unique iteration of the palette yet. Cool grey was combined with subtle hints of varsity maize and even a hit of chrome on the heel Jumpman logo. A few years later, the grey looks would continue with the Air Jordan III LS. While not exactly utilizing the particular shade of cool grey in its description, the “Cool Grey” nickname would still become synonymous with the retro design. 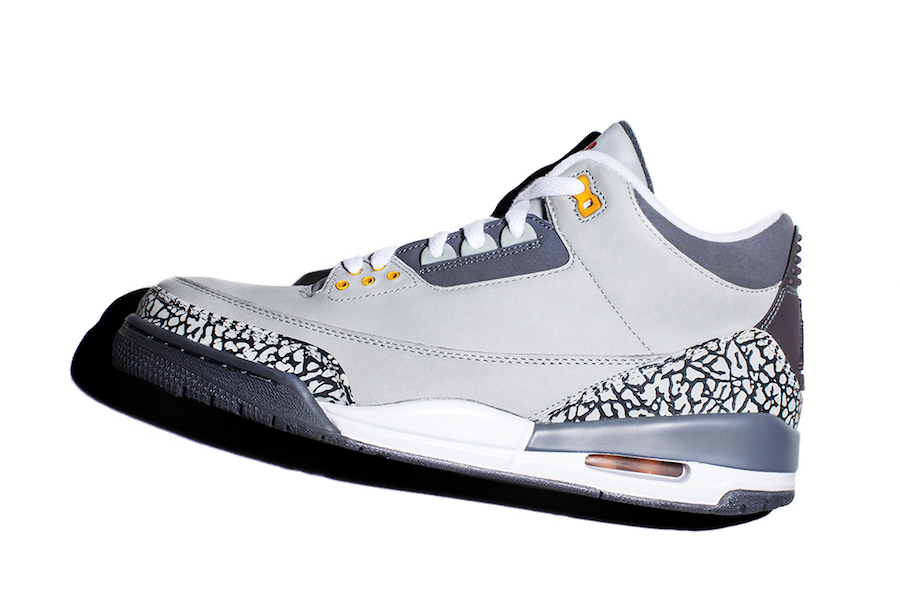 From patent leather to durabuck, the unique grey palette has found a way to bring tasteful subtly to the Air Jordan line. Now continuing the lineage, the classic color scheme is flipped yet again, igniting a suede rendition of the strapped-up Air Jordan VIII. 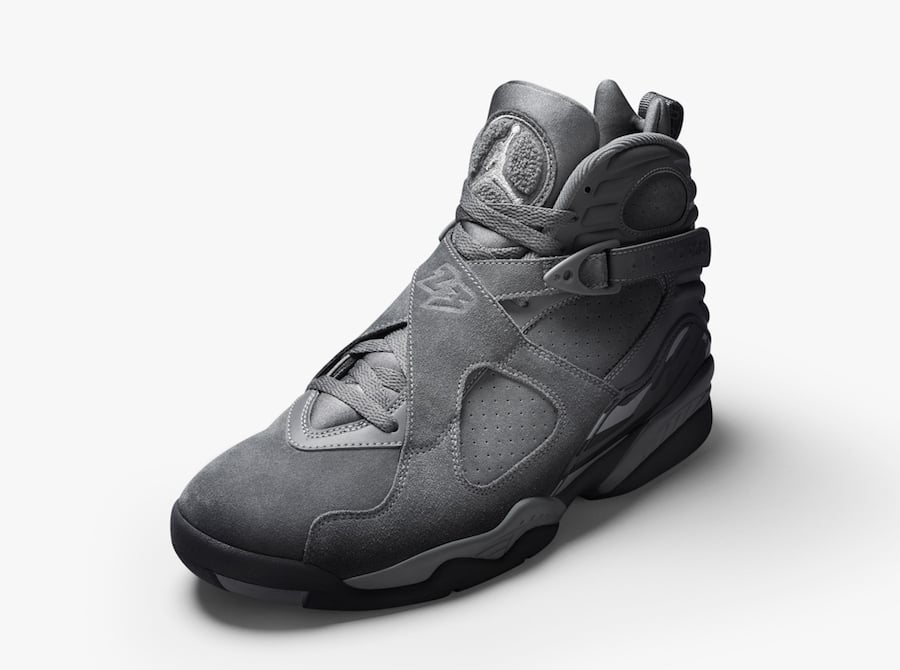