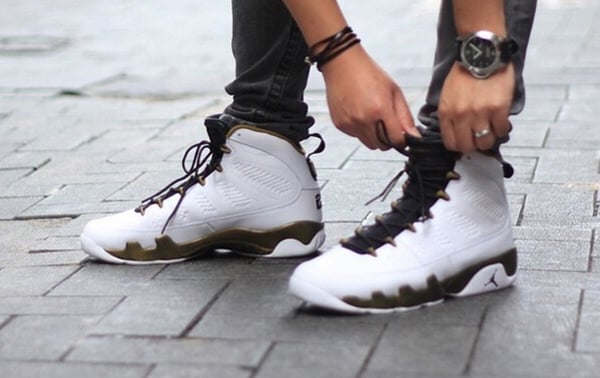 Not long ago, it was confirmed that what many were calling the ‘Militia Green’ Air Jordan 9 was in-fact inspired by the statue that was erected in front of the United Center on November 1st, 1994. Besides the color, the connection is on the inside of the tongue which has the date across it. While we are still waiting on a release date, we now have on foot images to hold you over.

Utilizing militia green through the midsole, eyelets and liner which is to resemble copper which the Jumpman statue was made out of. Using a white leather upper, hints of black are also used and even speckled throughout.

A specific release date for the Copper Statue Air Jordan 9 isn’t known but sources are pointing to a August 2015 release. Retail price will be $190. 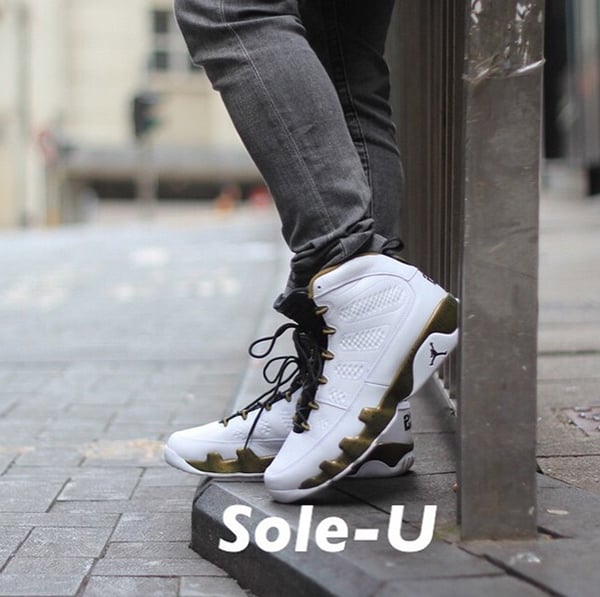 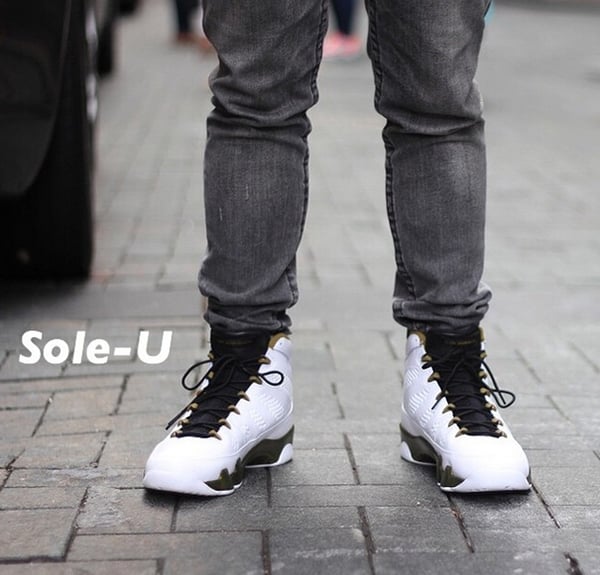 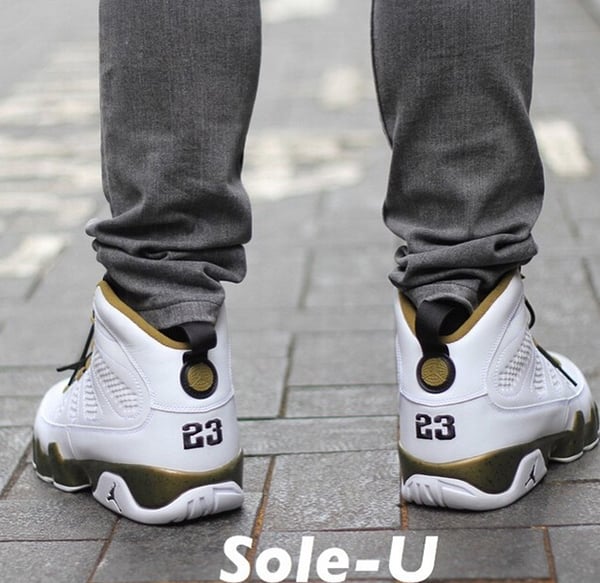