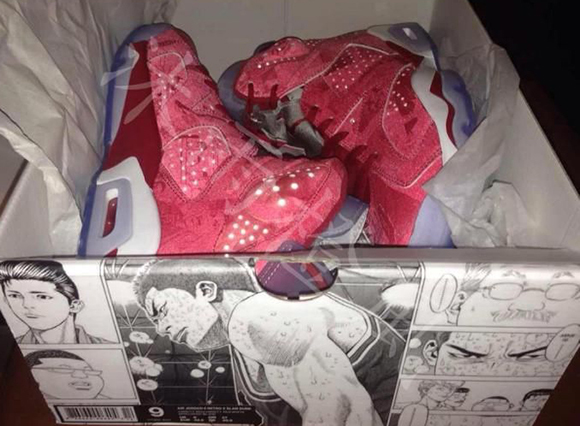 We all know the the story behind the Slam Dunk Air Jordan VI, but if you don’t they are inspired by Takehiko Inoue comic called Slam Dunk. The characters in the comic wore jerseys resembling the Chicago Bulls and Air Jordan’s. Tons of images of the shoes have been shown but for the first time we have pictures of the packaging.

If you thought the Slam Dunk Jordan 6 would come with a basic Jordan retro box think again. Done in black and white, the box will have the same characters from the book, just like the uppers on the 6s in 3M. Good news about the packaging is you won’t be obligated to buy the Jordan Super.Fly 3. 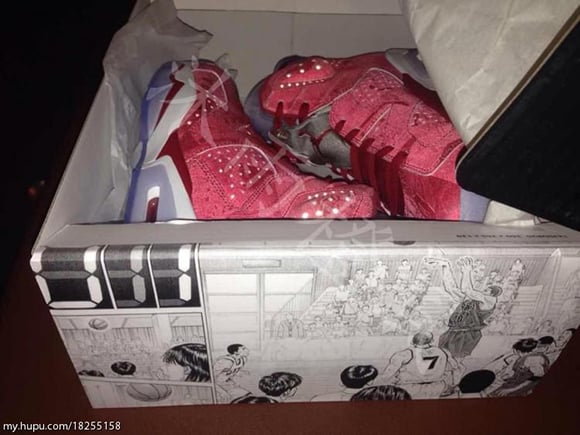 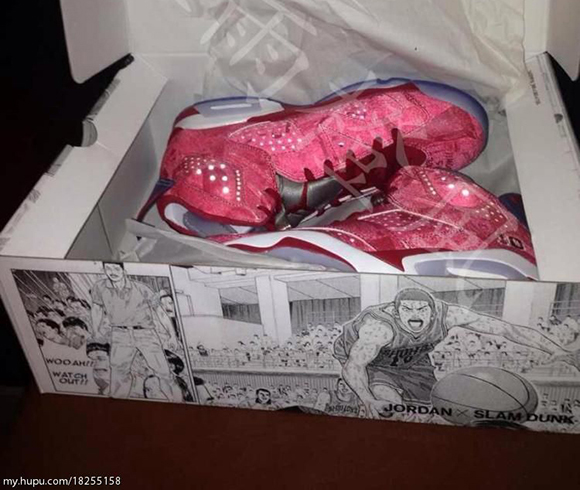 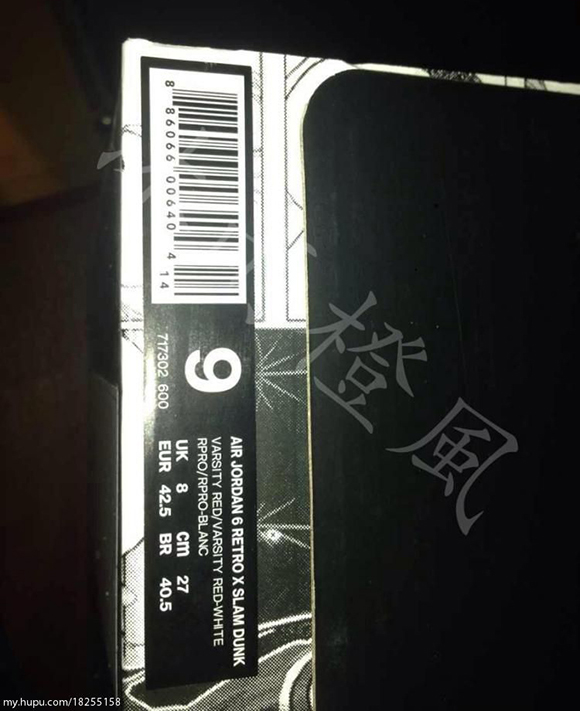 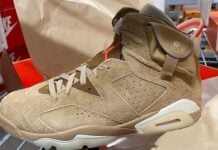