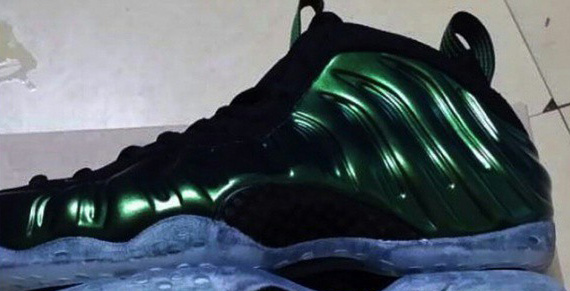 It appears Nike will go back to their roots, somewhat with the Air Foamposite One. Today an image appeared online of the Metallic Green version which should be coming soon.

A couple years back Nike released a metallic red Foamposite One, and had great success selling out almost instantly. Since then, only a handful of releases had the same appeal while the majority of them would sit.

The metallic green Foamposite One features the nickname on the uppers while black lands on the tongue, carbon fiber plate and heel tab. The brand puts the finishes touches on them with a translucent sole.

As of now a release date is not known but we believe they will release before 2015. 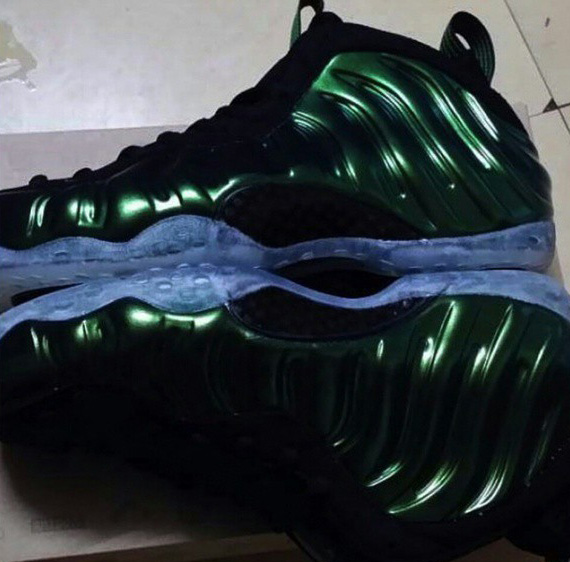