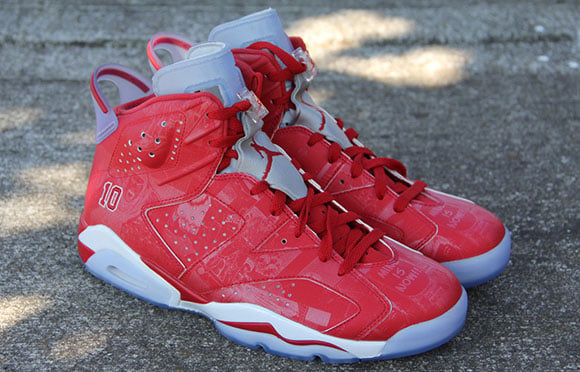 We still have a few Air Jordan 6 to release this year. One of the upcoming pairs is known as the ‘Slam Dunk’ Air Jordan 6 and we have some more images for you.

For those that don’t know, this Air Jordan 6 is inspired by Takehiko Inoue’s comic book called ‘Slam Dunk’. The characters from the book wore basketball uniforms similar to the Chicago Bulls.

The graphics on the uppers also are taken from the comic book and are in 3M. A translucent sole and heel tab have been added.

Release date is unknown for now but check back with us and we will let you know when they drop. 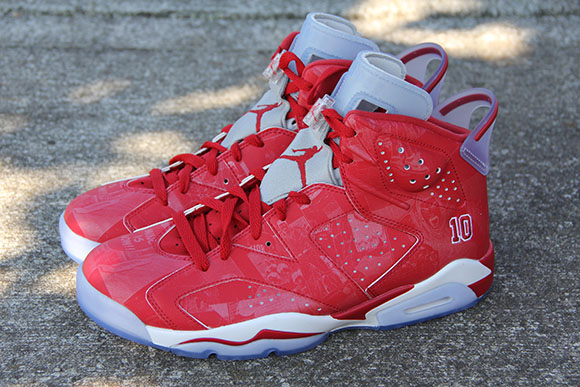 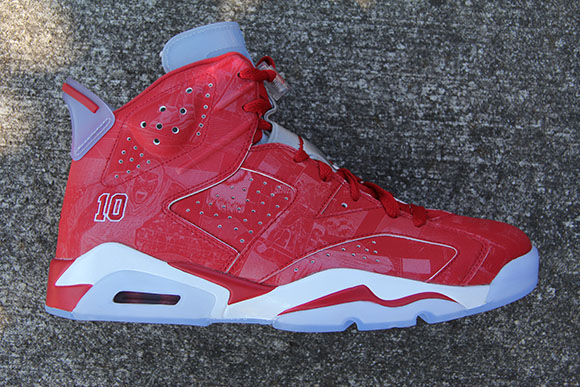 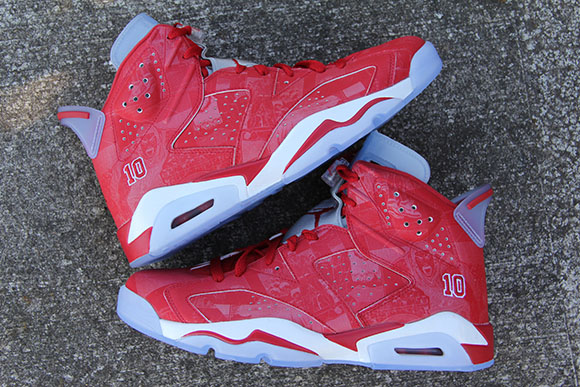