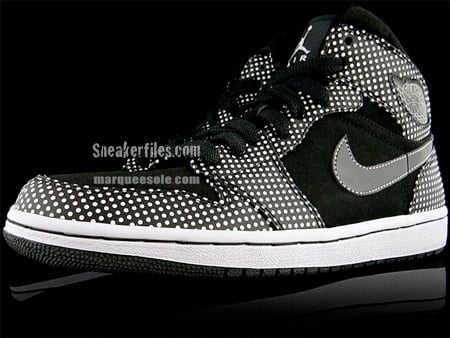 Signs of a possible Polka Dot package featuring the Air Jordan I (1) was displayed last October with reports of two Air Jordan 1 Phat Lows featuring a design similar to the one above. This Air Jordan I (1) Mid features black with white polka dots seen from front to back. Also making up this mid-top is a patent leather swoosh also found on the Phat Low version, however what this Air Jordan 1 Mid has that its low counter part doesn’t have is black on the midsole border and sole. The Lows are slated to release this April, while a release date for the Mids has yet to be identified, but stay posted for more info. Via Marquee Sole. 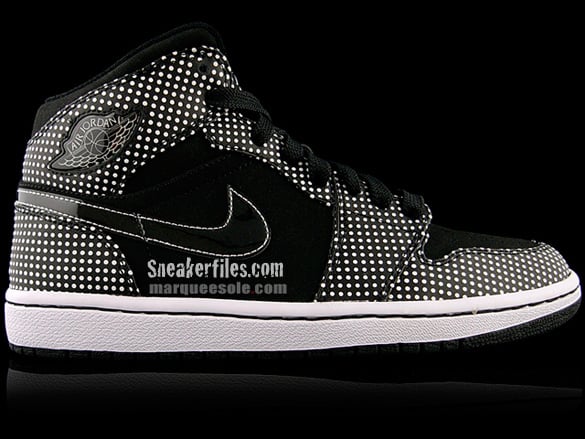 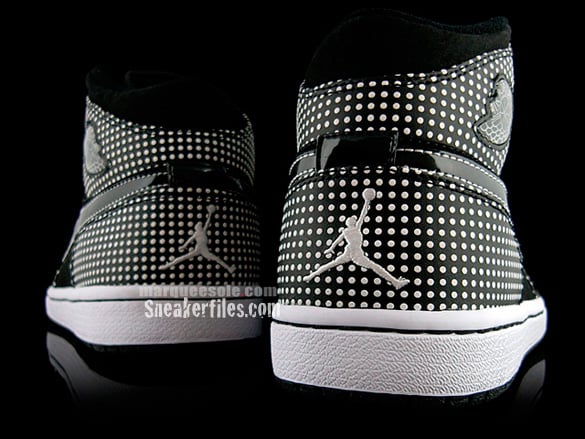 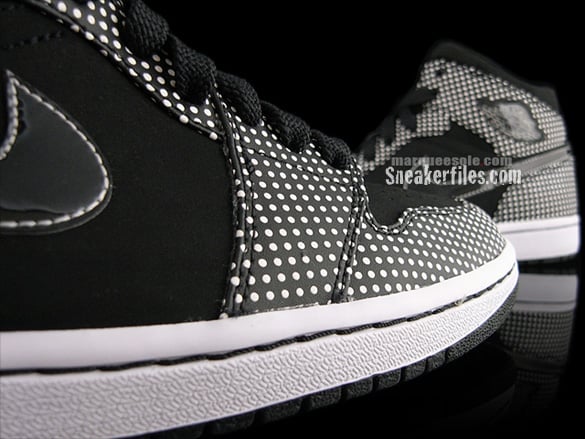 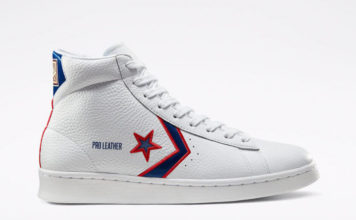