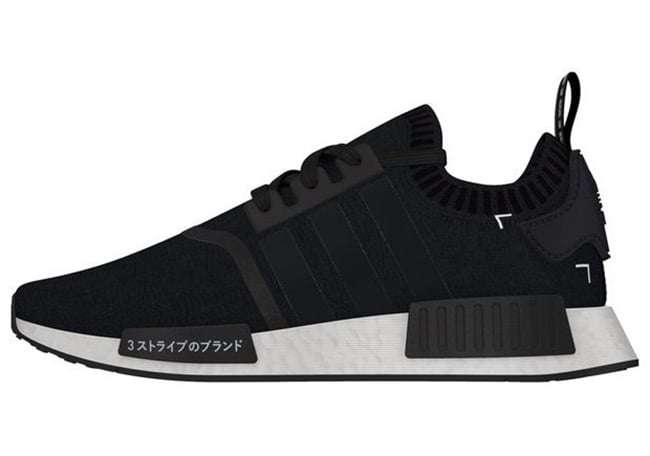 The adidas NMD Summer lineup is really starting to heat up. We have recently seen a few color schemes launch and now the next one landing at retailers is the adidas NMD R1 Primeknit ‘Core Black’.

Images of this adidas NMD first surfaced months back, around the time the NMD hype begun. Looking closer, they feature Core Black on the uppers which is done with Primeknit while the Boost midsole is done in Footwear White. The highlight of this shoe is the different languages used on the heel tab and pod overlay which is Japanese and German.

The adidas NMD R1 Primeknit Core Black will release at select adidas Originals retailers on June 10th, 2016. Retail price is set at $170. By the looks of it, they may release first in Europe and other overseas locations but once we have additional information including images, we will make sure to let you know. Let us know what your thoughts are by leaving a comment.