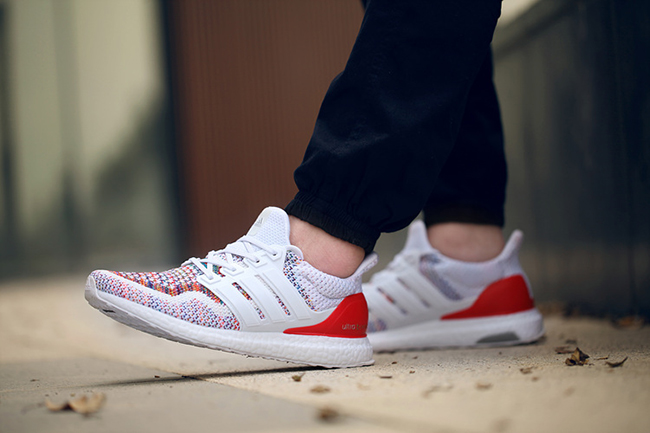 With the popularity growing even more, we can’t blame adidas for bringing out new pairs of the adidas Ultra Boost and the latest will not disappoint. Looking a bit closer, they use a White Primeknit through the base while Multicolor is used on the underlay. On the heel counter is the use of Red while the lace cages are done in White. Other details include a White Boost midsole with the same shade on the outsole.

Check out more photos of the adidas Ultra Boost Multicolor White Red below. While a release date has yet to be announced, they are expected to debut at adidas Originals retailers during August 2016.

Update: Images have landed showing how the adidas Ultra Boost Multicolor White Red look on feet thanks to shoebang. 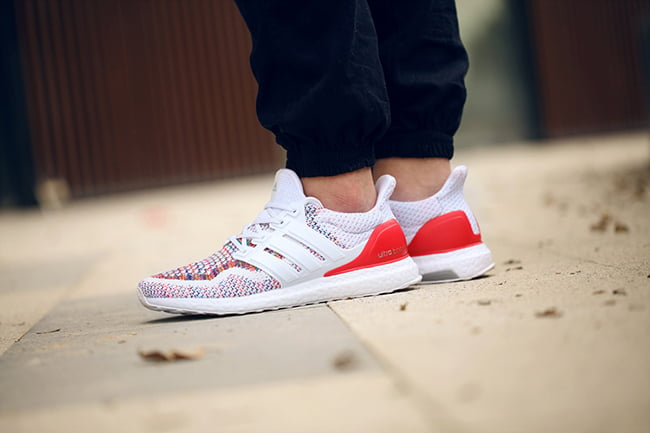 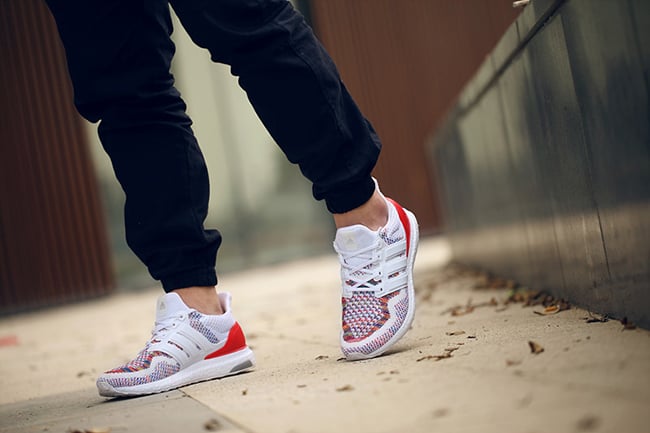 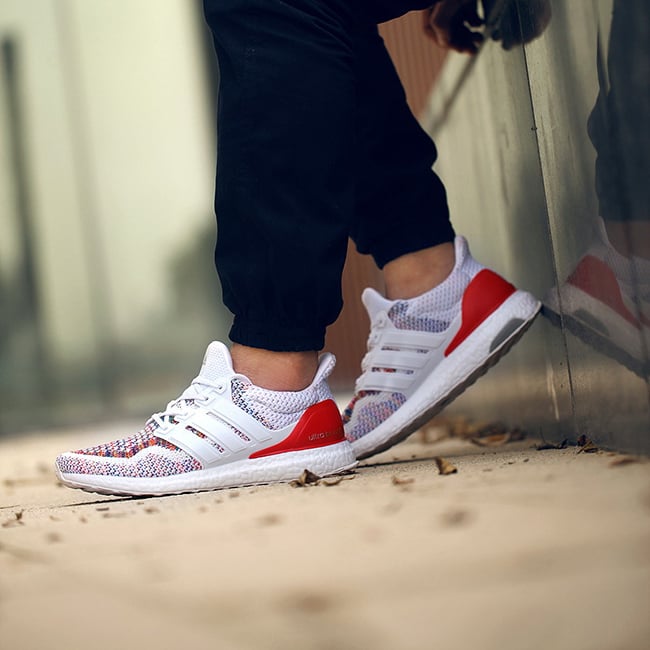 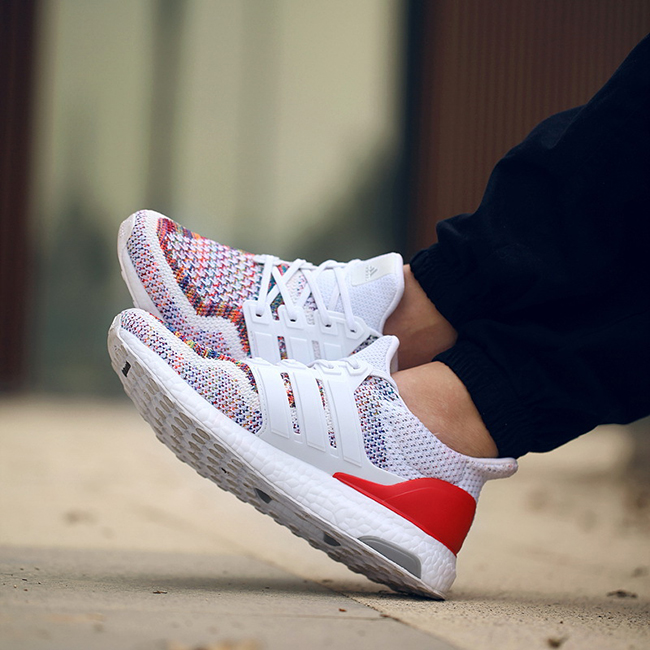 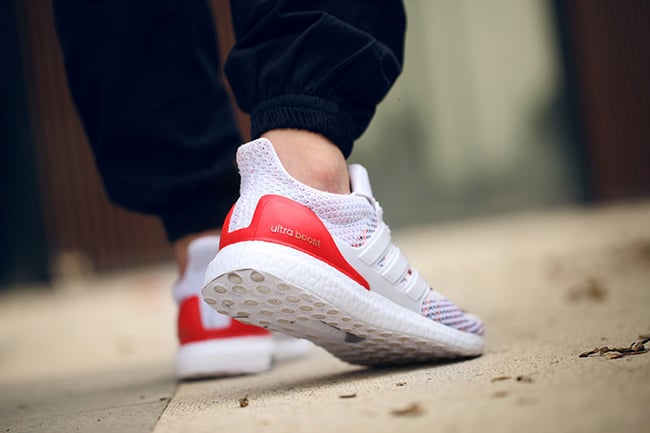 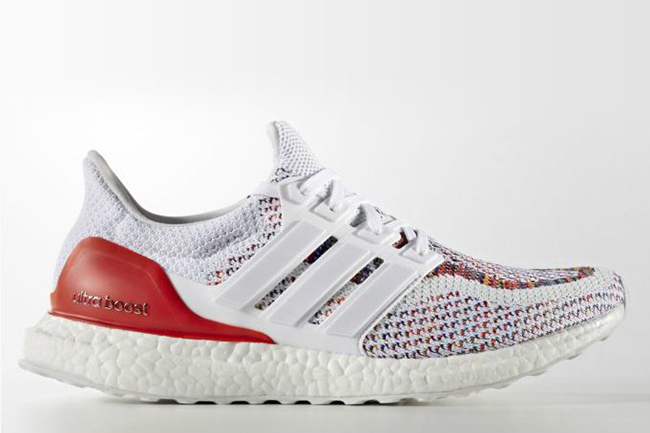 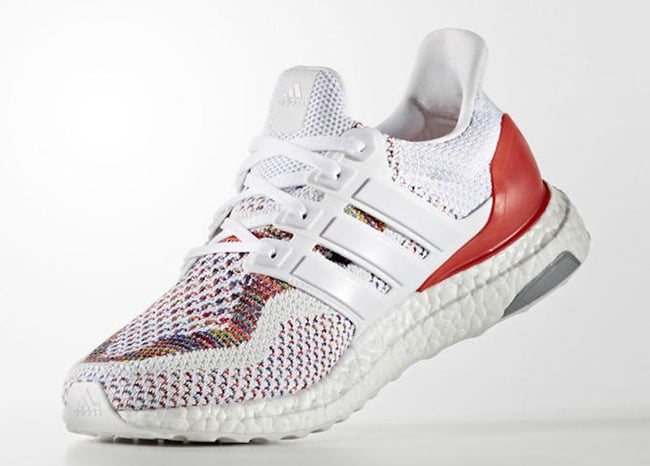 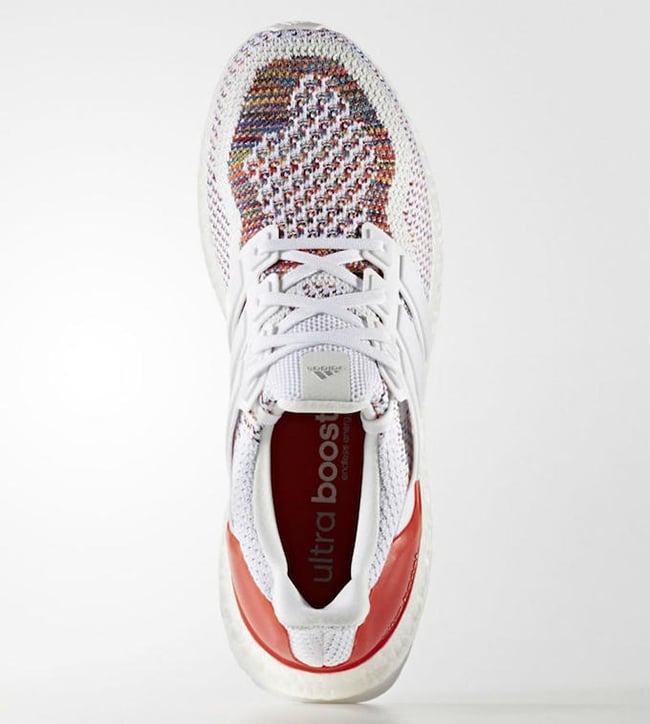 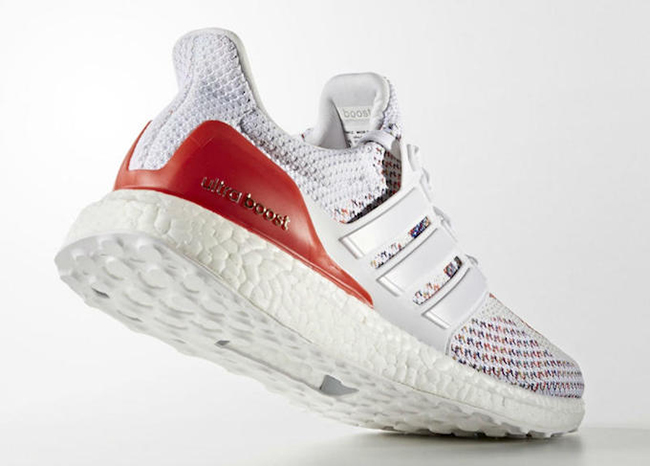 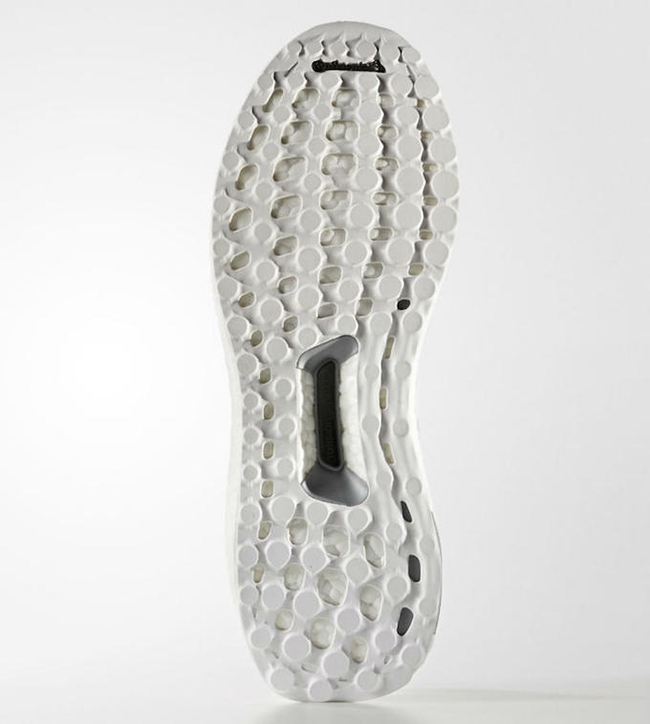