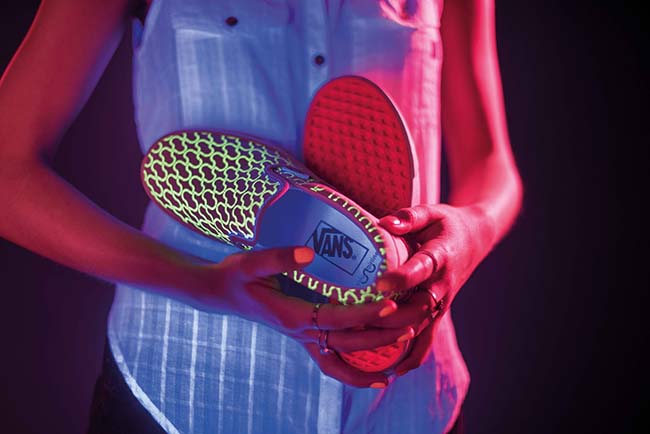 Yesterday we shared with you an upcoming collaboration with Vans and Disney, but their European department will have their own. Connecting with Berlin brand Uslu Airlines, they will launch two pairs of the Vans Slip-On with one that glows in the dark.

The Glow in the Dark Vans Slip On series by Uslu Airlines will use two types of designs when they illuminate. Shown above is a interlink chain like design with the second having a sparkle touch (doesn’t glow in the dark).

It’s unfortunate that the Vans Slip On x Uslu Airlines ‘Glow in the Dark’ won’t be releasing in the U.S., but if you have friends or family in Europe, two spots you can grab them at are colette and The Good Will on May 23rd, 2015. 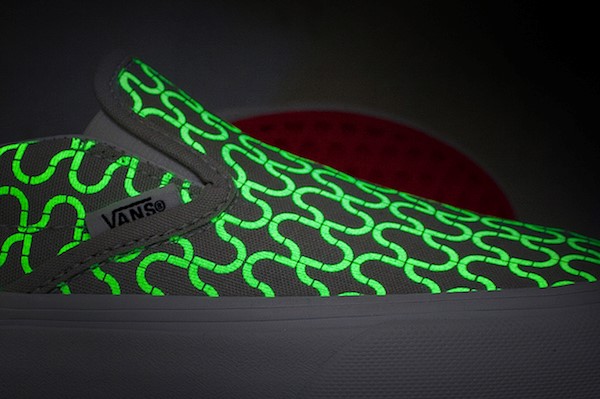 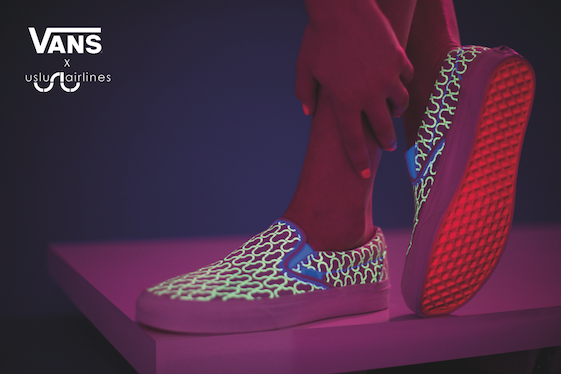 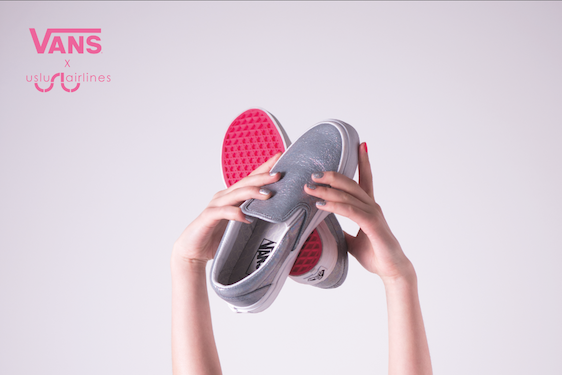 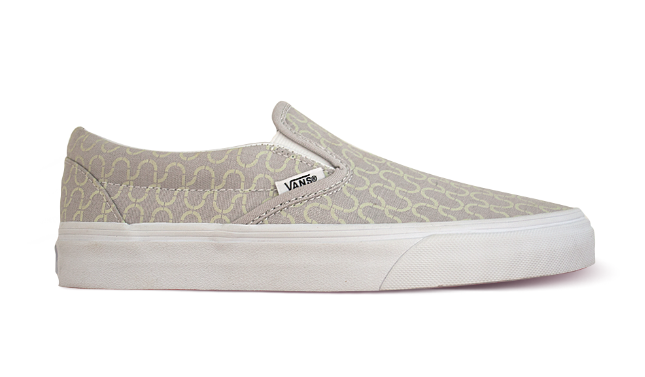 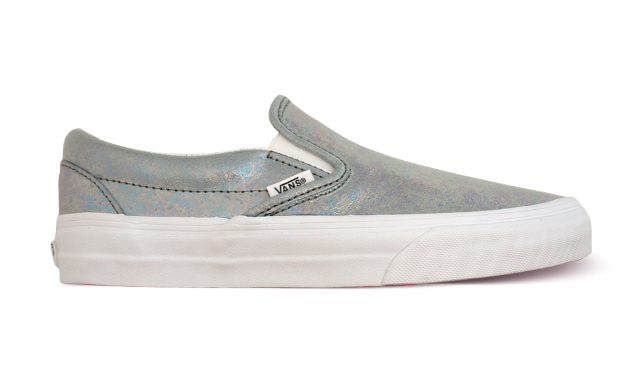 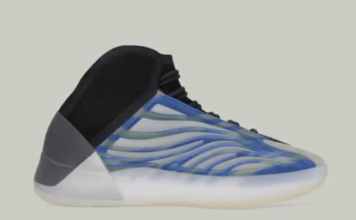