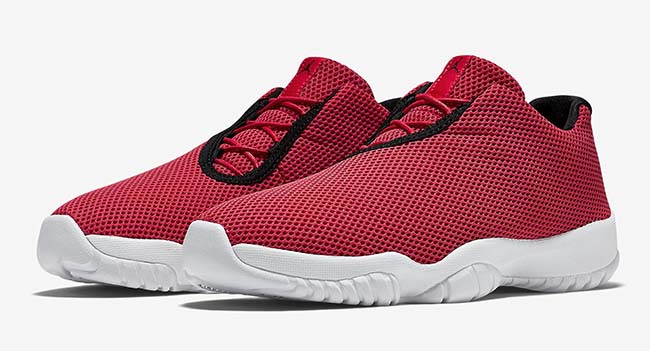 Make way for more Jordan Future Lows coming this Spring and Summer 2015. We have seen the Bred and Hare editions recently release, but the next launch that should have sneakerheads excited will be the University Red pair.

The University Red Jordan Future Low will use the previously mentioned shade running through the uppers on a mesh palette. What you can’t tell by the above image is the use of 3M reflective material used, which adds a but more appeal. Other details include a solid white midsole and sole with black hitting part of the tongue and liner.

As of now a release date for the Jordan Future Low in University Red isn’t known but they should be launching in the next couple weeks or so. To hold you over, check out more images below. 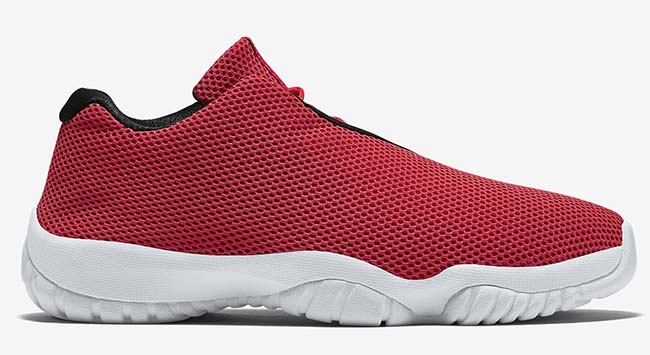 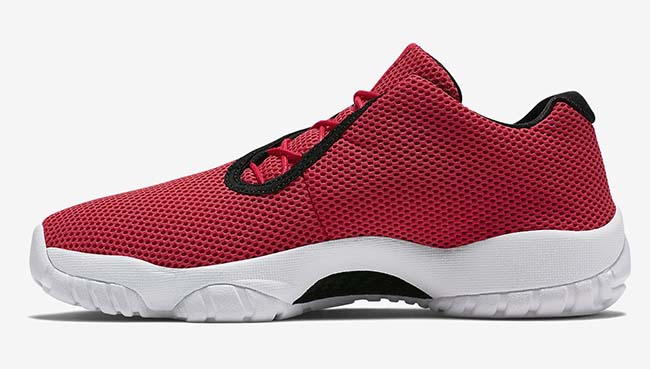 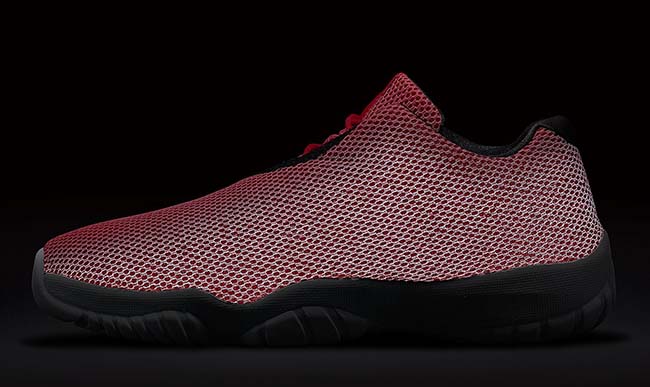 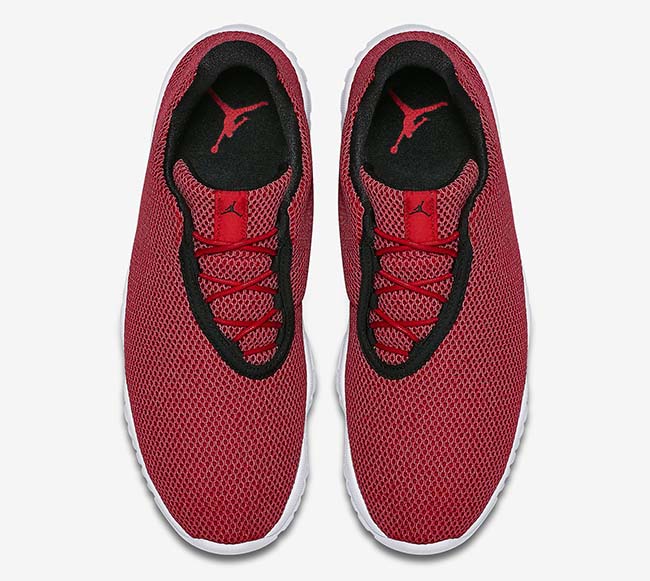 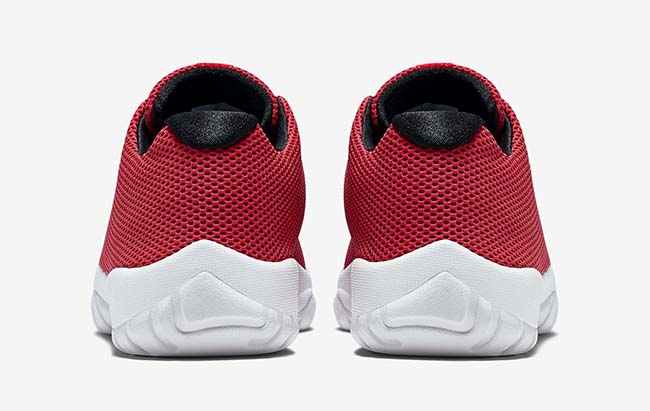 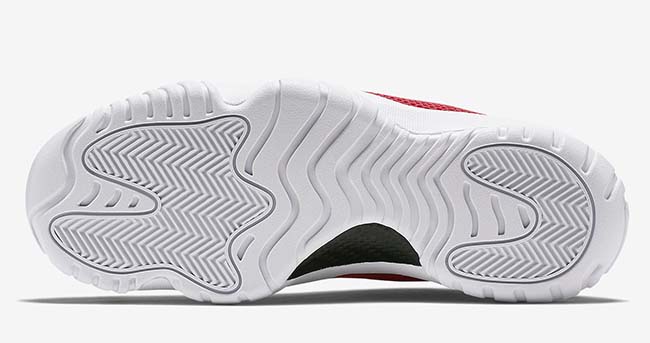