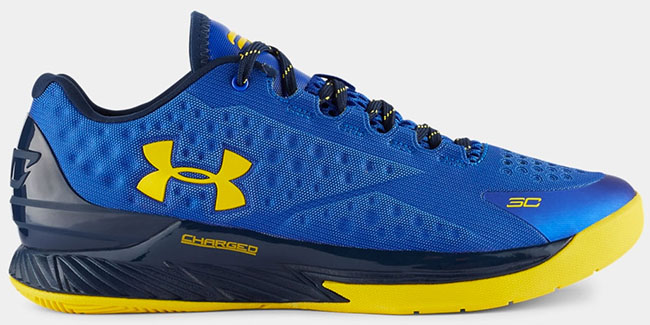 Stephen Curry and the Golden State Warriors took game 1 of the Finals. In other news a release date has been announced for the Warriors Under Armour Curry One Low.

Similar to the first model released of the Curry One, the Lows come in a appropriate Golden State Warriors color theme. Featuring royal blue through the uppers which is followed up by the use of taxi yellow accents on the branding and outsole. Navy is then used on the midsole which extends up the heel, laces and liner.

The Under Armour Curry One Low ‘Warriors’ will release on July 3rd, 2015. 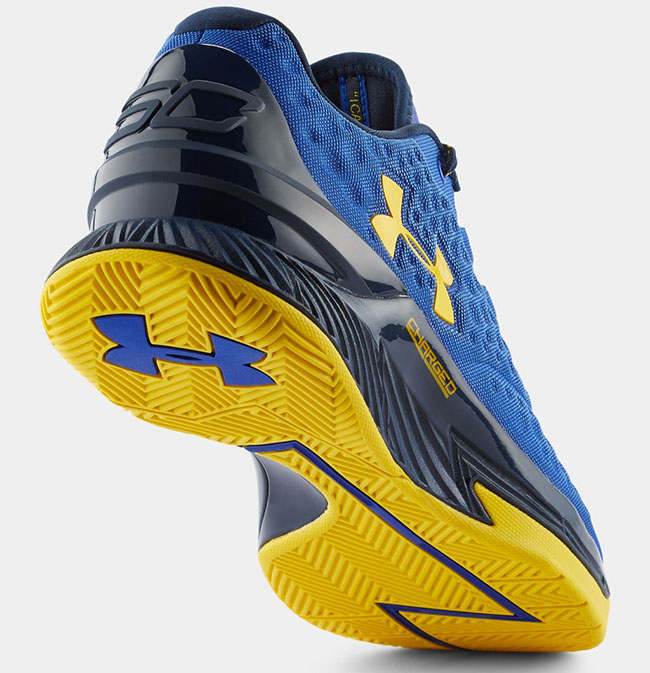 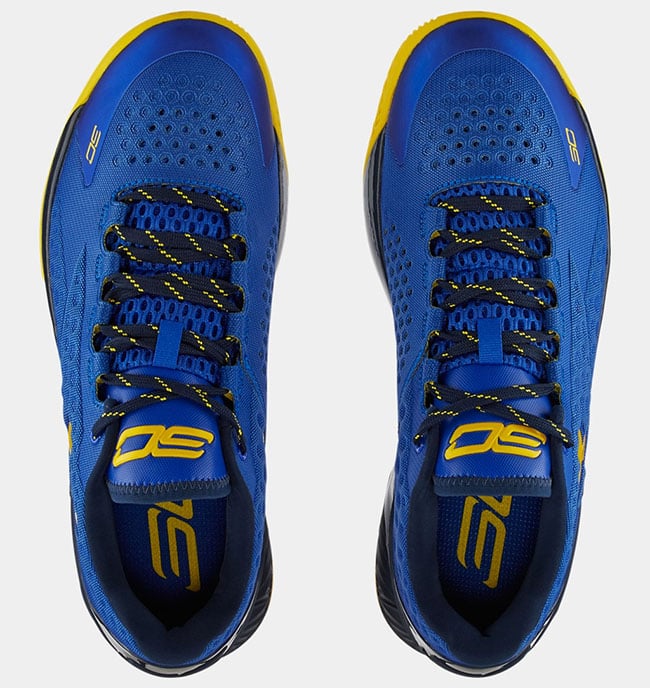 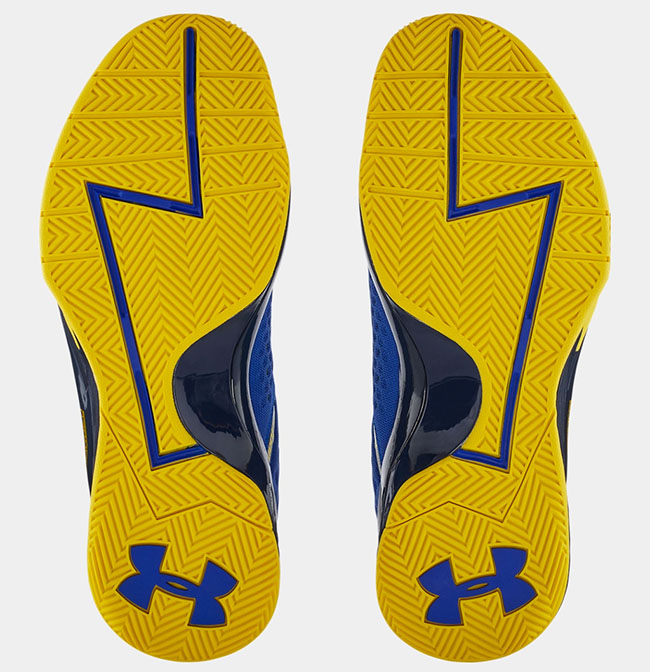