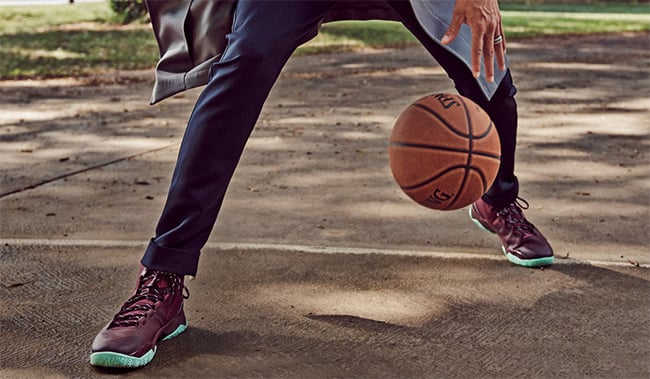 Stephen Curry is on top of the basketball world which has lead to a feature in GQ Magazine. During the shoot, the Golden State Warriors point guard broke out a new pair of his signature shoes, the Under Armour Curry 2.

We have seen a large amount of Curry 2s leak without any additional info and the one featured in the GQ shoot can be added to the list. This pair uses a maroon base along with glowing green accents on the outsole and hinted through the laces.

It isn’t known if the ‘Maroon’ Under Armour Curry 2 will actually hit retailers, but if that does happen you can expect us to keep you in the loop. Below you can check out a larger image and while you’re at it, let us know what you think below. 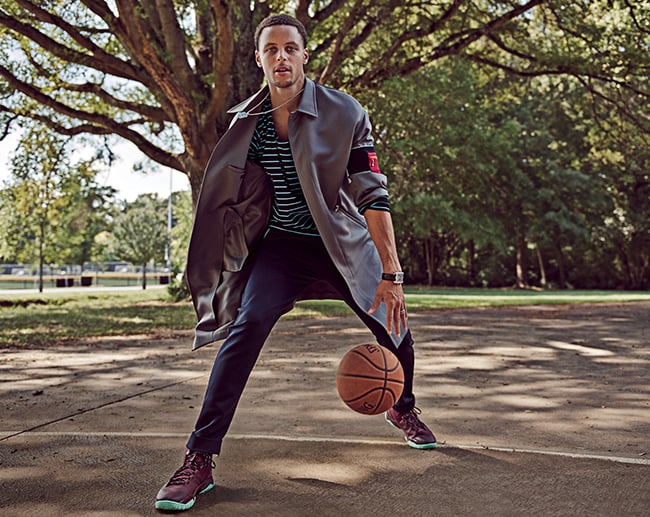