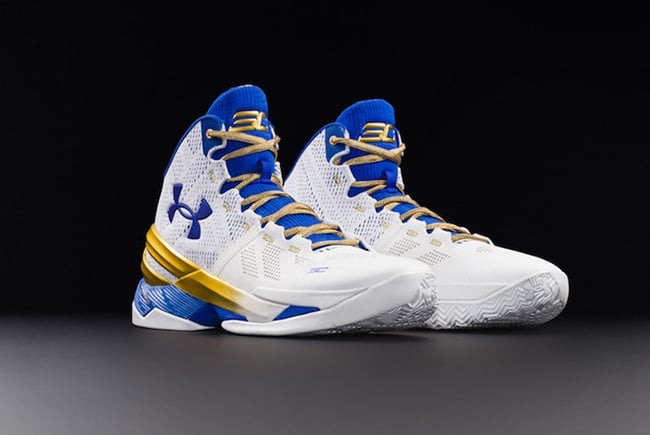 The Under Armour Curry 2 ‘Gold Rings’ will release this Saturday which will be just in-time for Game 2 of the NBA Finals.

There was a bit of confusion of the naming on this Under Armour Curry 2, originally some were calling them the ‘Two Rings’ which signified that Curry had already won his second Championship. However UA cleared everything up and the official name is ‘Gold Rings’.

The Gold Rings Under Armour Curry 2 will release on June 4th, 2016 at UA retailers. Retail price is set at $130. Below you can check out a few additional photos. 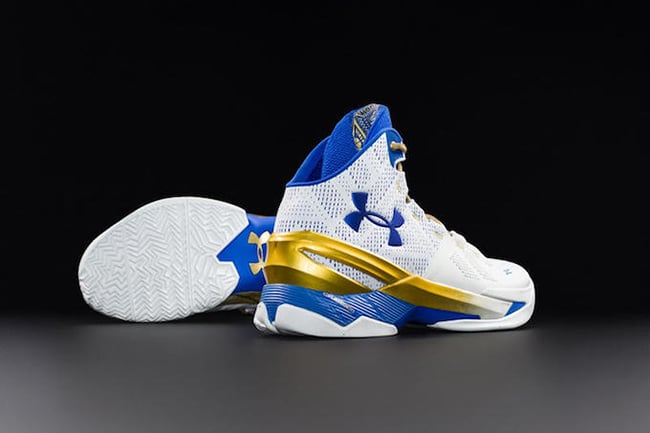