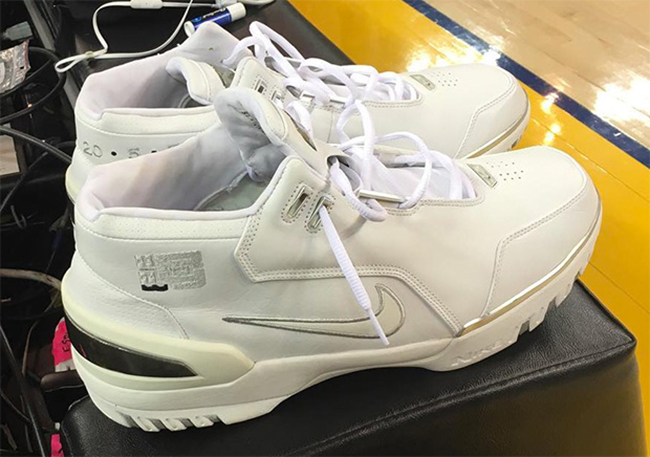 LeBron James is getting ready for game 1 of the NBA Finals at Oracle Arena as he hopes to bring home the NBA Trophy to Cleveland. During practice, he was spotted with the Nike Air Zoom Generation ‘Rookie of the Year’ PE which never released and celebrated his 20-5-5 average during his rookie season.

LeBron didn’t actually wear the ‘Rookie of the Year’ Nike Air Zoom Generation during practice but switched out his exclusive kicks to lace up a pair of the Nike LeBron 13 Elite. The Air Zoom Generation is LeBron James first signature shoe with Nike that released about thirteen years ago, so we aren’t to sure they would hold up on the court.

For fans of the older Nike LeBron models, this could be a good sign as Nike Basketball could start to retro some of the models. We have seen some samples leak before, but a Retro LeBron model has yet to officially release. Check out a few more images below and let us know if you would buy if released. 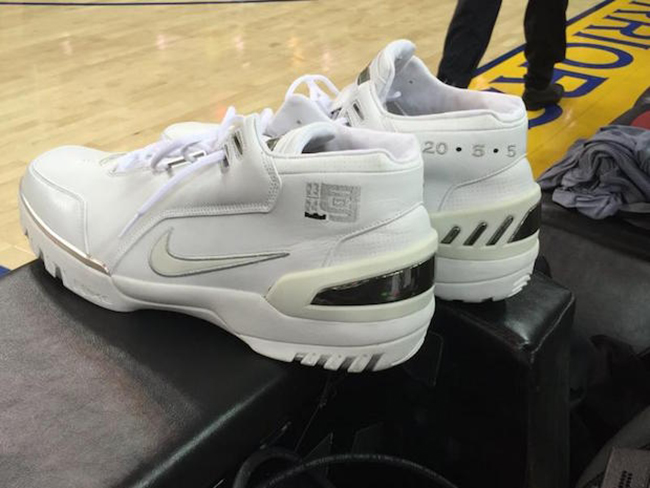