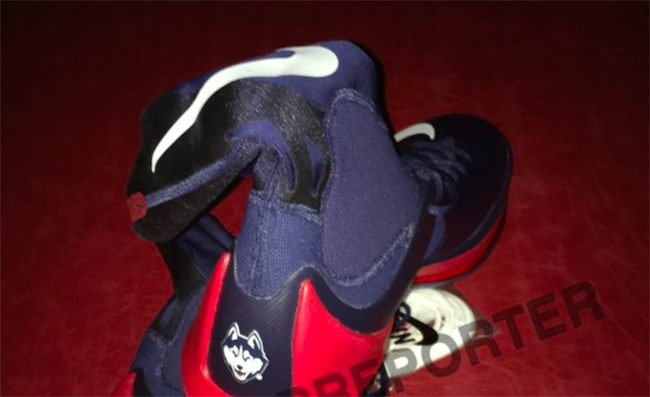 UConn has a lot of things to celebrate as they have fought and battles to be the 2016 National Champions. While doing so, some of the games they wore the Nike KD 8 Elite UConn Home PE, however when they were on the road, they rocked this ‘Away’ PE.

Taking a closer look, this Nike KD 8 features Navy blue runs through the uppers while the reptile texture lands on the toe. Red then lands on the midsole while White hits the Nike branding. One of the highlights of this pair is the Husky on the heel and UConn on the translucent sole.

You can see more images of the UConn Nike KD 8 Elite Away PE below. Would you cop them if Nike decided to release this pair? 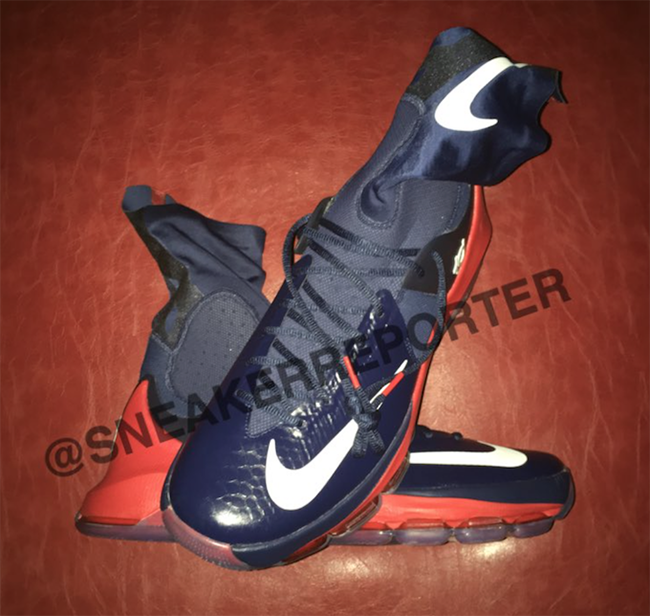 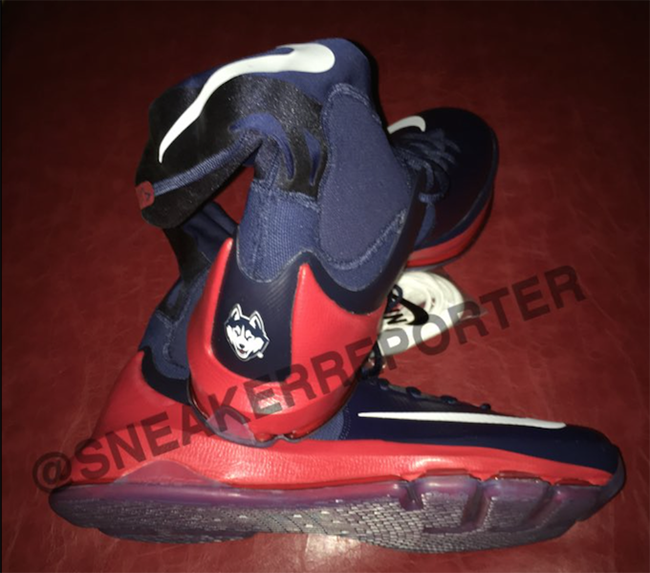 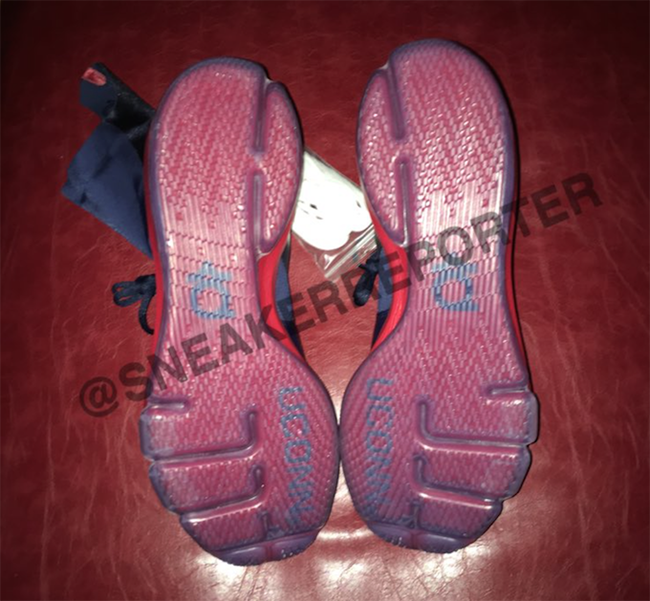