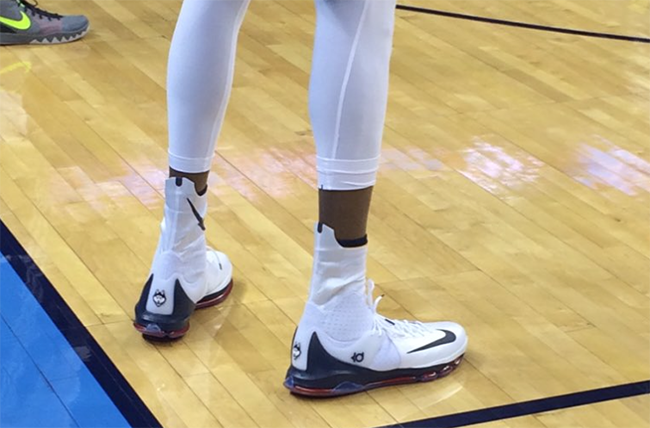 The Nike KD 8 Elite is already being created in PE form. The first player exclusive model to leak will be for the University of Connecticut Women’s basketball team.

Easily one of the more flashier KD 8 Elite models we have seen, the Connecticut edition will feature White through the uppers while Navy runs through the midsole and accented through the Nike and KD branding. Using a transparent sole which exposes Red as well as UCONN by the forefoot, the last touch on this Player Exclusive is the husky dog on the heel which is the schools mascot.

You can check out additional photos of the Nike KD 8 Elite Connecticut PE by scrolling below. We are sure most of you already know they will not release to the public, or at least for now there are no plans to. They could wind up on eBay. 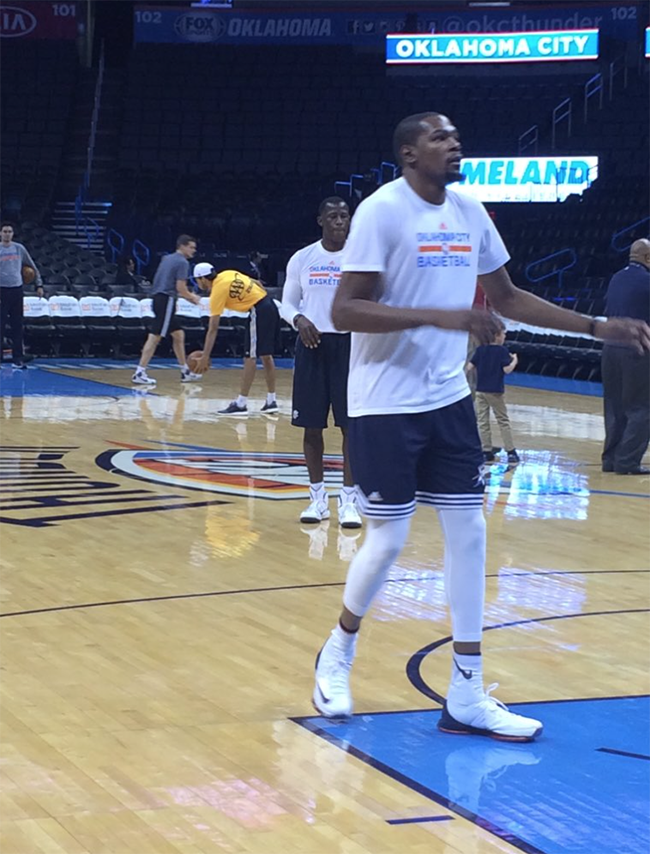 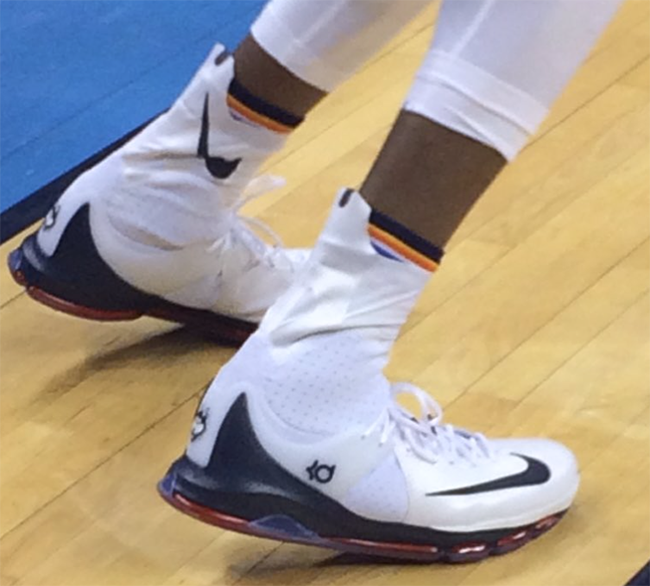 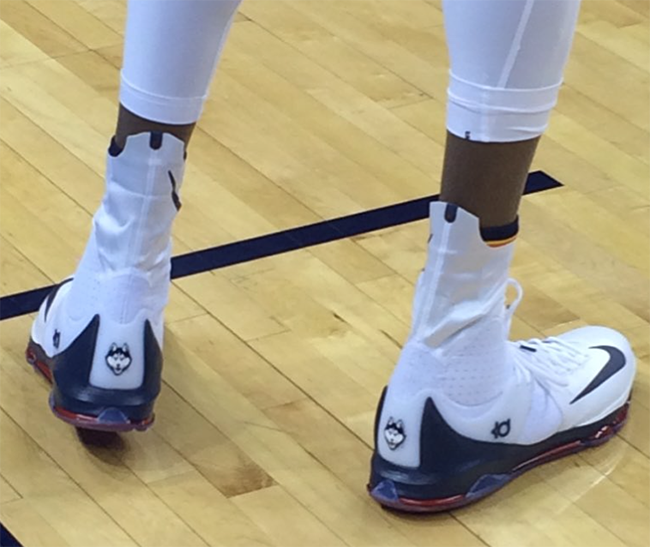 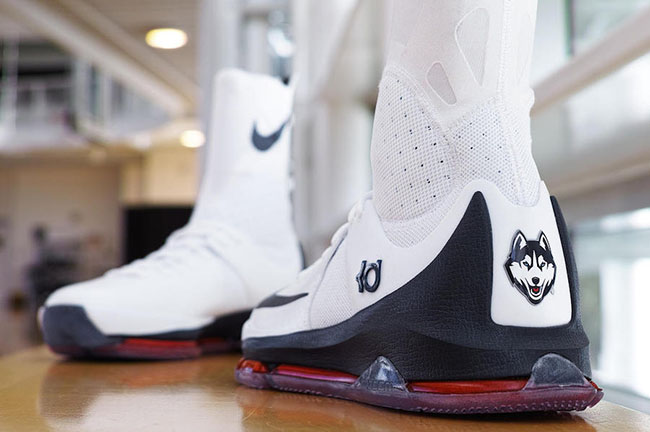 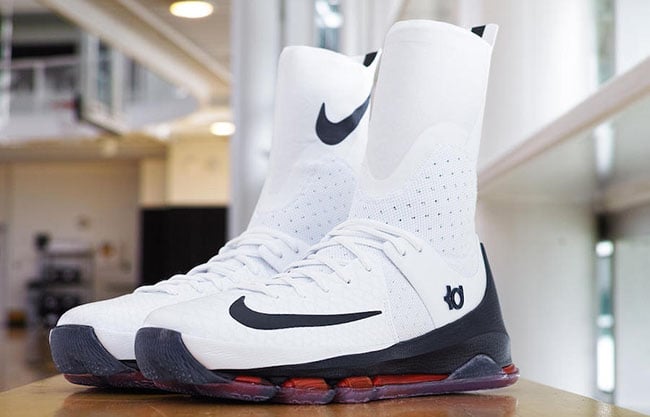 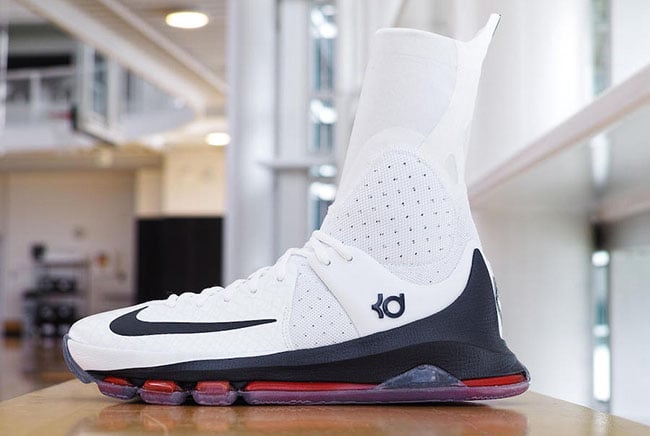 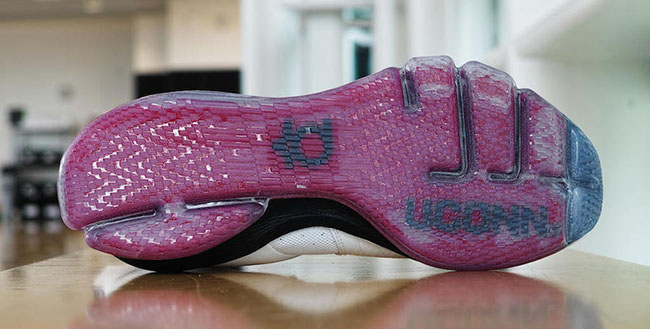