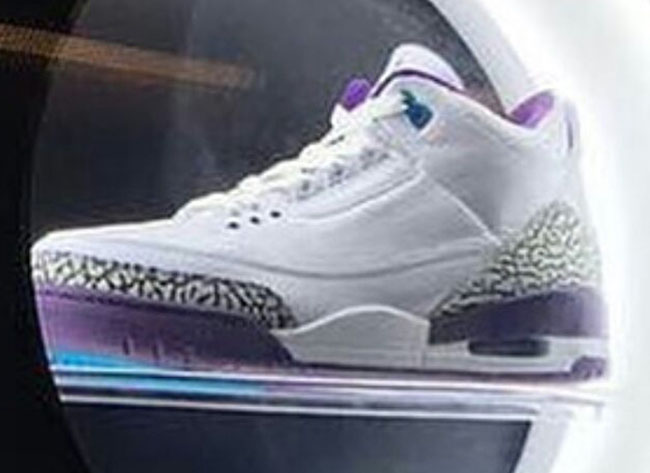 The Air Jordan 3 ‘Hornets’ will releasing during 2017 All Star Weekend which will celebrate the game being held in Charlotte at the Time Warner Cable Arena.

This isn’t the first time we saw this Air Jordan 3. Back in 2014, Michael Jordan took over the Hornets Twitter account and showed various models featuring the Charlotte colors, the Jordan 3 being one of them.

For 2017, the Charlotte All Star Air Jordan 3 will come exactly like shown. The shoes will feature a White base while Purple wraps the heel and toe, outsole and liner. Teal accents will hit the eyelets while the traditional use of Elephant print is present.

The ‘Hornets’ Air Jordan 3 will debut during the 2017 All Star Weekend which will be on February 11th, 2017 which is a Saturday. Since it’s almost a year away, the date is subject to change so make sure to check back with us for updates and more photos.

Note: Images used is not the 2017 Air Jordan 3 Hornets release. 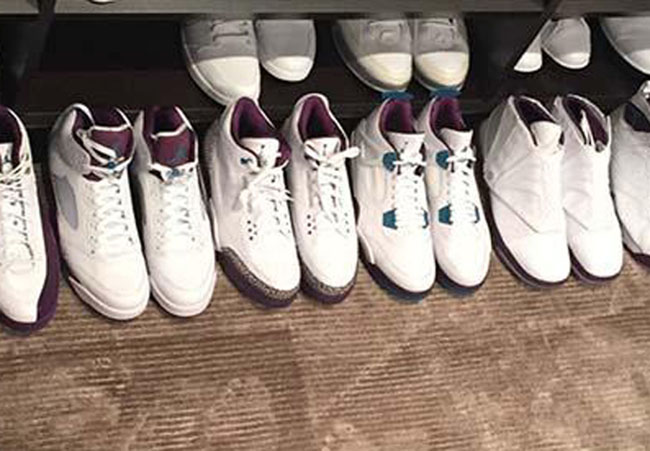