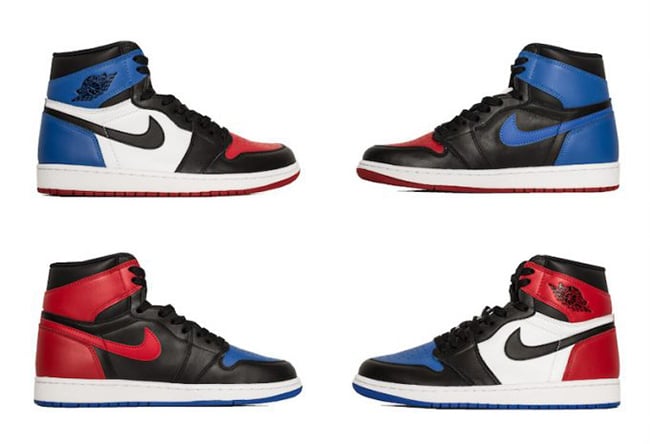 News broke that Jordan Brand will release a ‘What The’ Air Jordan 1 but it turns out the official name will be the Air Jordan 1 Retro High OG ‘Top Three’ that will mashup three of the best Air Jordan 1 colorways.

Using three of the most iconic Air Jordan 1 releases which will be the ‘Banned’ aka ‘Bred’, ‘Chicago’ and the ‘Royal’. While that alone would be enough to make someone purchase, there is some added history that ties in. In 1984, Michael Jordan was drafted third overall in the NBA Draft and went to the Chicago Bulls.

The release date for the Top Three Air Jordan 1 is set for November 28th, 2016 which will be available at Jordan Brand retailers. Retail price is $160.

Make sure to check back with us for images and additional information. For now let us know your thoughts on the release in the comments section below. 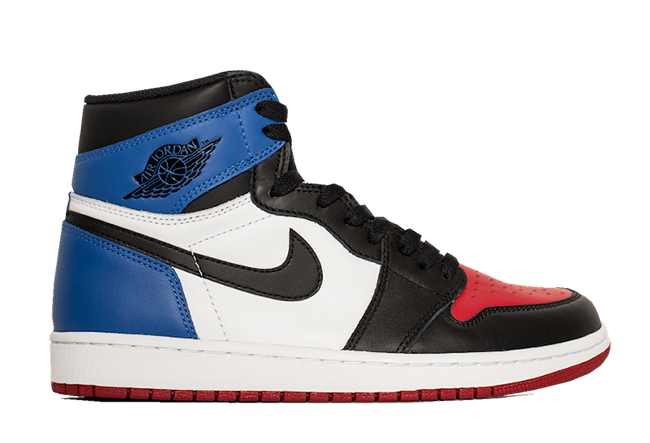 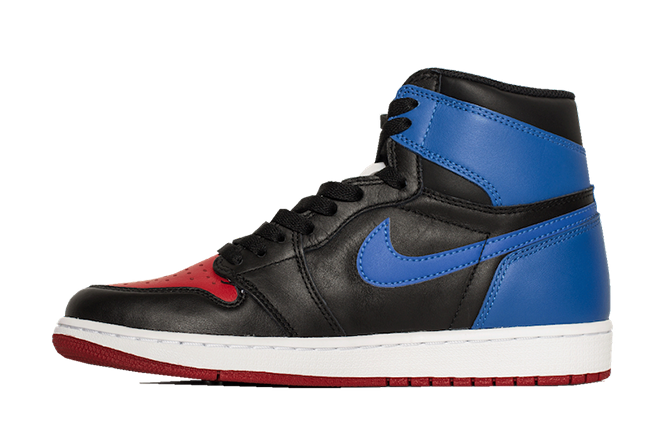 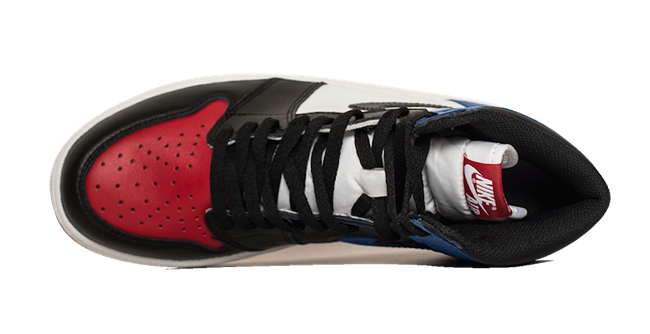 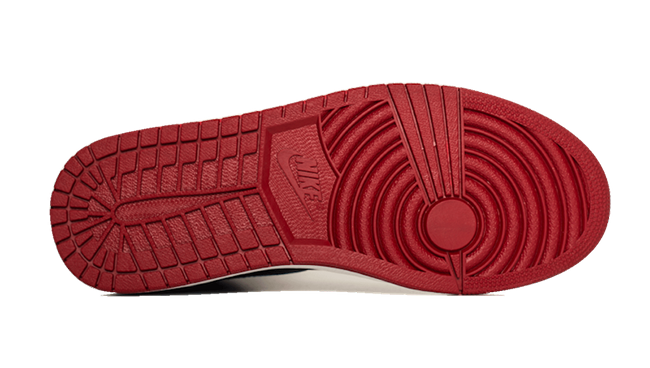 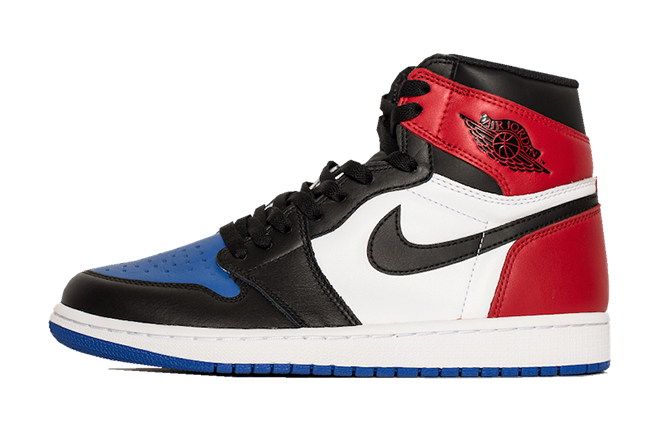 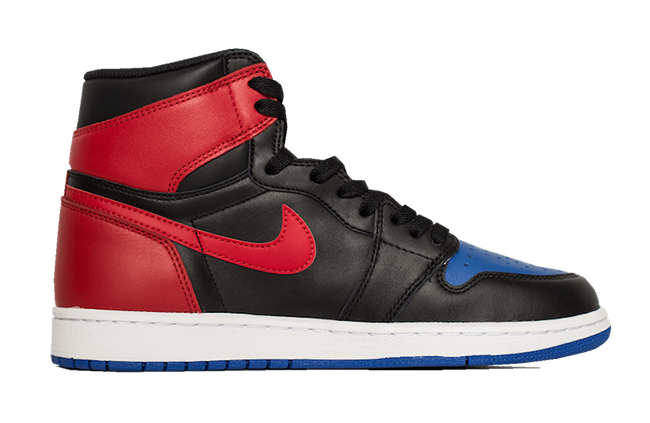 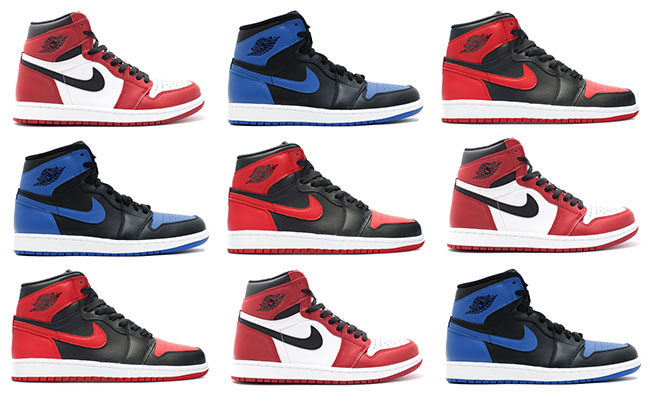 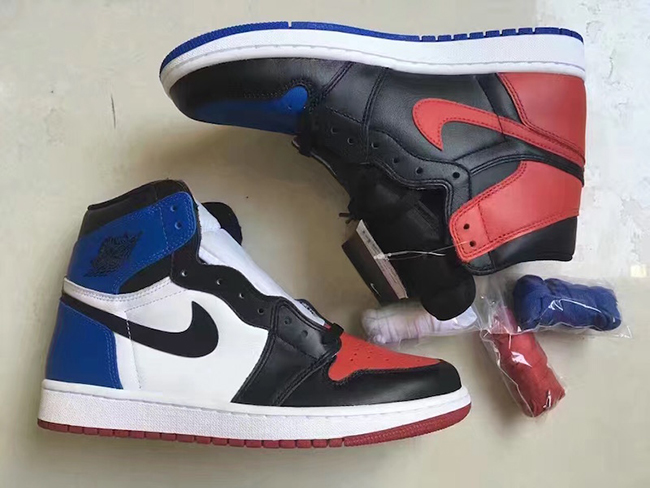 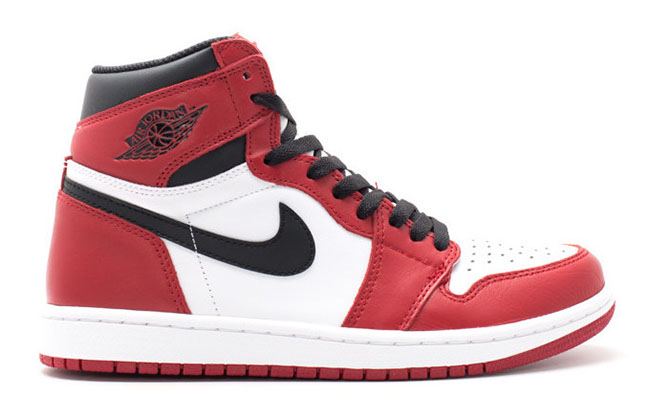 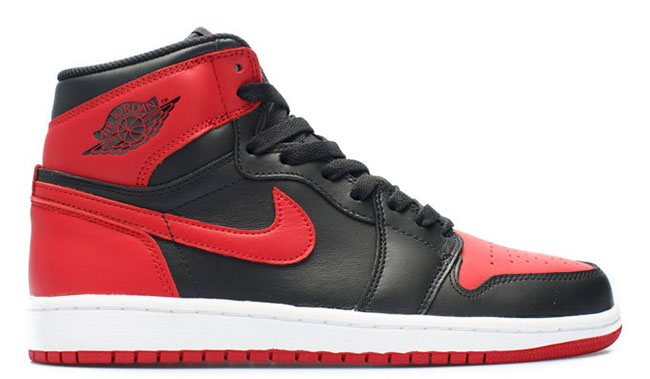 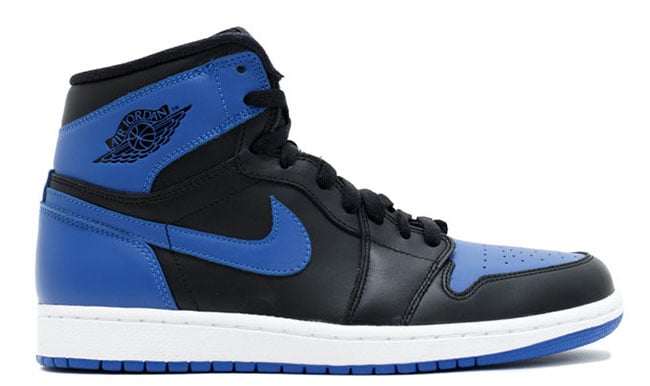