By Brian Betschart
May 8, 2009
In
Other Sneakers 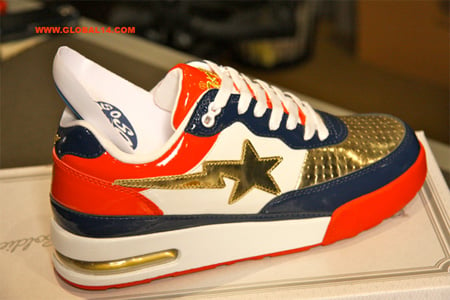 Jermaine Dupri is certainly no new name to the sneaker game, and the folks over at Bape have decided to hook up the successful producer/rapper with his own Bape Roadsta colorway. This pair has been nicknamed the “So So Def” Bape Roadsta Champion due to the fact that JD owns the So So Def record label. Featuring a white base with blue, gold, and red patent leather accents, this pair’s definitive uniqueness well represents the best of both brands. Another interesting aspect of this sneaker is the t-shirt, seen after the jump, which comes with it. Unfortunately, the So So Def x Bape Roadsta Champions is said to be an extremely limited release, so don’t expect to cop a pair anytime soon. 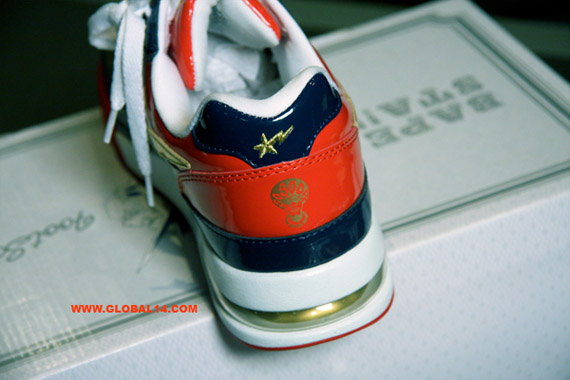 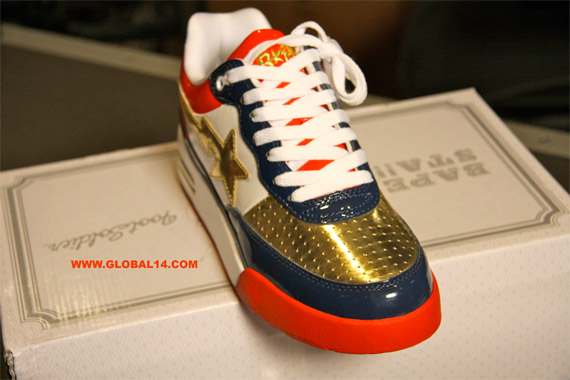 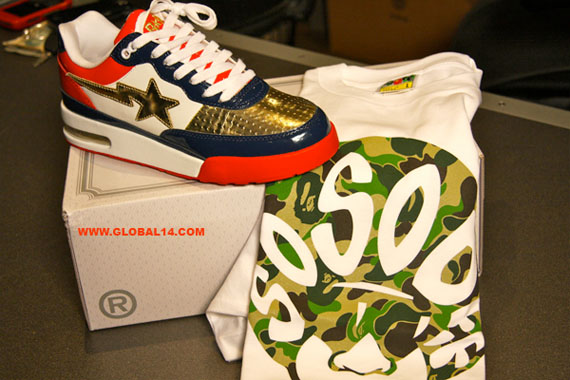