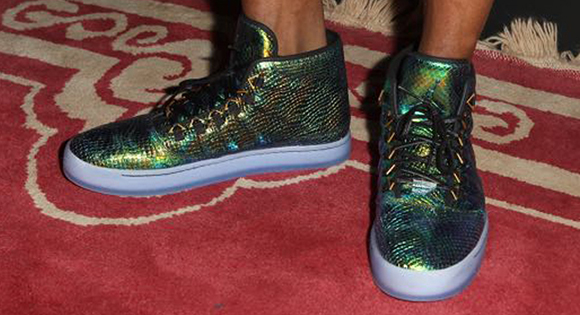 The 2015 All Star MVP Russell Westbrook was very active over the weekend, not only on the court but also taking part in the New York Fashion Week events. During some of the festivities, Westbrook was spotted wearing an all new Air Jordan sneaker.

Now before anyone jumps to conclusions, we highly doubt the new pair seen is his new signature model, but another lifestyle shoe presented by Jordan Brand. Russell was spotted wearing two colorways, one with an iridescent upper and transparent midsole while the other features grey and a white midsole. One source was able to pull a catalog image of the shoes in all black which has a reptilian print that wraps them.

As of now, the name of the new Air Jordan lifestyle sneaker isn’t known, but we are sure within the next month we will have more info for you. 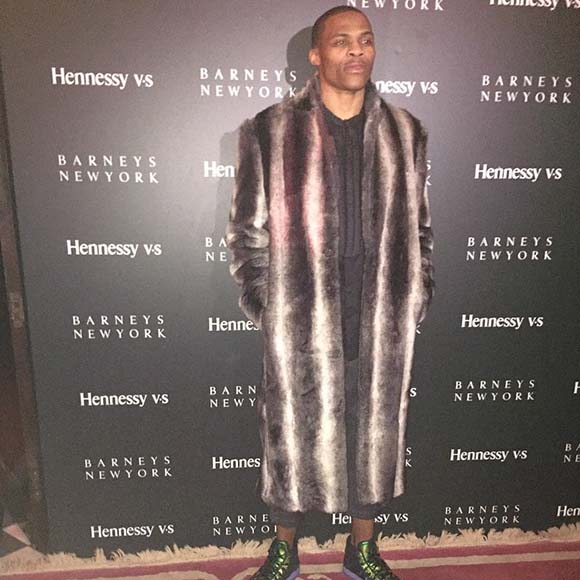 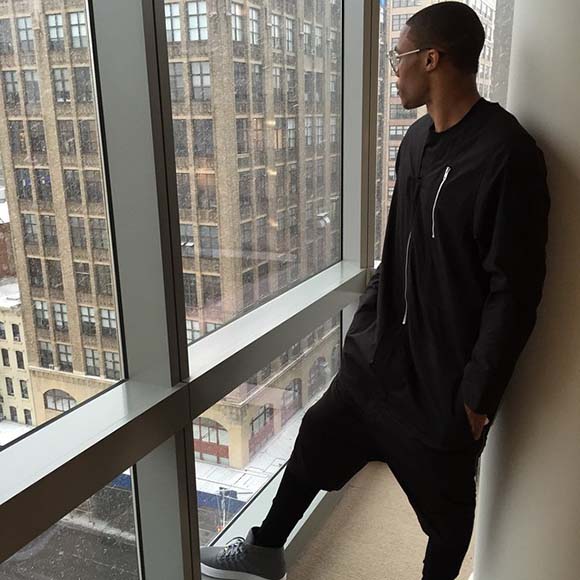 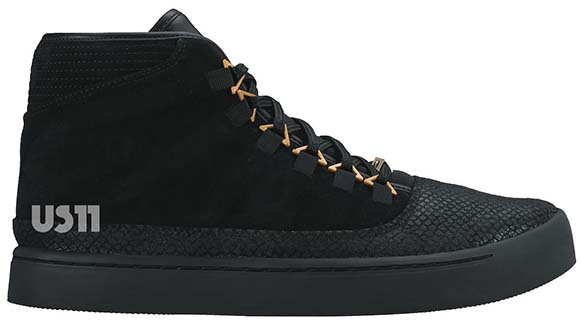