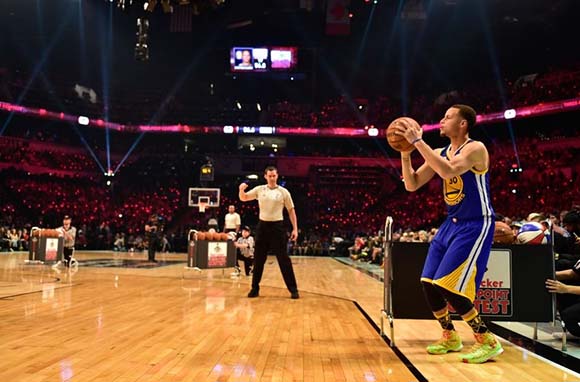 A source inside the Curry camp leaked some unfortunate info. Stephen Curry who was set to wear the Under Armour Curry One ‘Candy Reign’ during the 3-Point contest and then the ‘Father to Son’ Shooting Stars Competition had his sneakers stolen. Yes you read the correctly, how and why did this happen?

Under Armour had sent out both pairs of sneakers to Curry, and somehow in transit just “came up missing”. It came close to game time, and there was a chance Stephen wouldn’t wear neither pairs but Under Armour acted fast in sending him both the Candy Reign and Father to Son.

At least the whole mess got cleaned up, but maybe some internal investigating needs to happen after this incident. Congratulations to Stephen Curry for winning the 3-Point Contest.