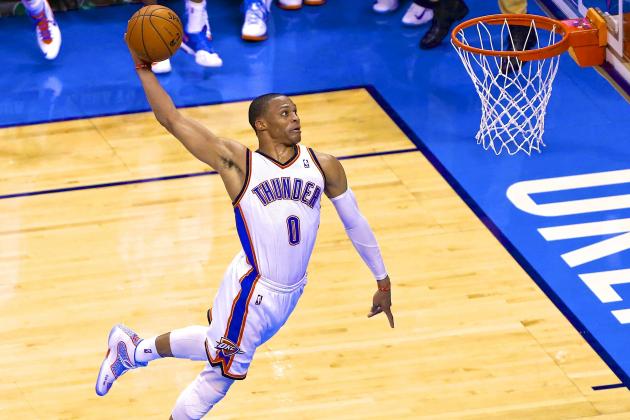 Rumors spread that Russell Westbrook would finally have his own signature sneaker with Jordan Brand. The name that was given was the Jordan Westbrook 0, although it wasn’t confirmed at the time, but the source has always came through with info so we believed it to be true.

Recently The Wall Street Journal posted a video from their WSJ+ event. A reporter asked if Russell Westbrook will have a signature sneaker (with Jordan Brand). He confirmed that his first signature shoe would be coming out in June. The actual name of the shoe has yet to be confirmed, but we are going with the Jordan Westbrook 0 for now.

There you have it folks, expect Russell Westbrook’s Jordan Brand signature sneaker to release June 2015. Check out the video below.