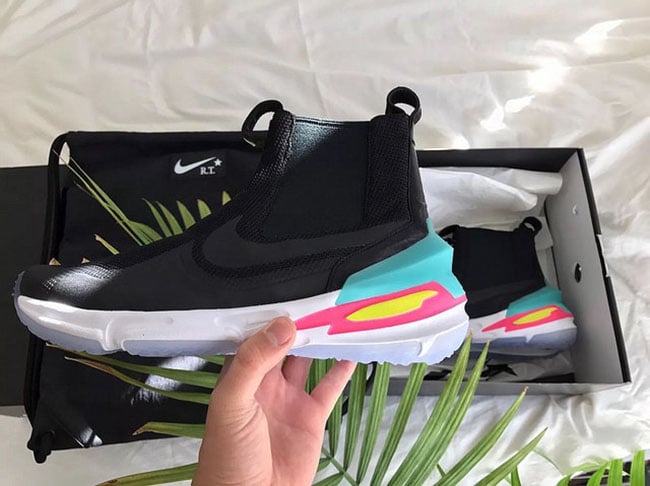 This Nike Air Zoom Legend by Riccardo Tisci features a Black base along with White detailing across the midsole. Shades of Teal, Pink and Yellow wrap the heel while a translucent outsole completes the look.

Riccardo shared the inspiration which he describes is very Tisci–it is very much me,”. The rubber heel and sole are very Nike but with a new interpretation inspired by a futuristic take on Brazil, waves, and movement. The front side is more classic, a sort of opposite of sports. Chelsea boots are my obsession in the male wardrobe. This is a strong shoe with a dual contrast and an experimental style. And the heel had to be important–its aesthetic has always represented strength since ancient Greece, where Achilles’s heel represented the human male force.

Sadly for those that are interested in the Riccardo Tisci x Nike Air Zoom Legend, they released and sold-out on November 11th. They were available at the NikeLab store at 21 Mercer Street in New York. Retail price was $350. If you are still looking to grab a pair, you can try your luck on eBay. 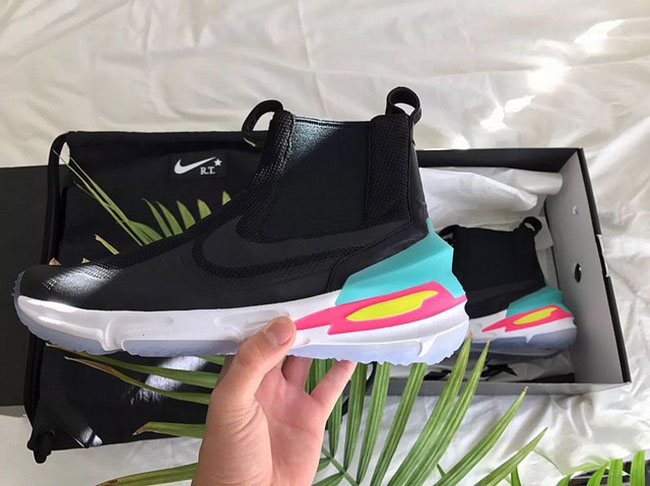 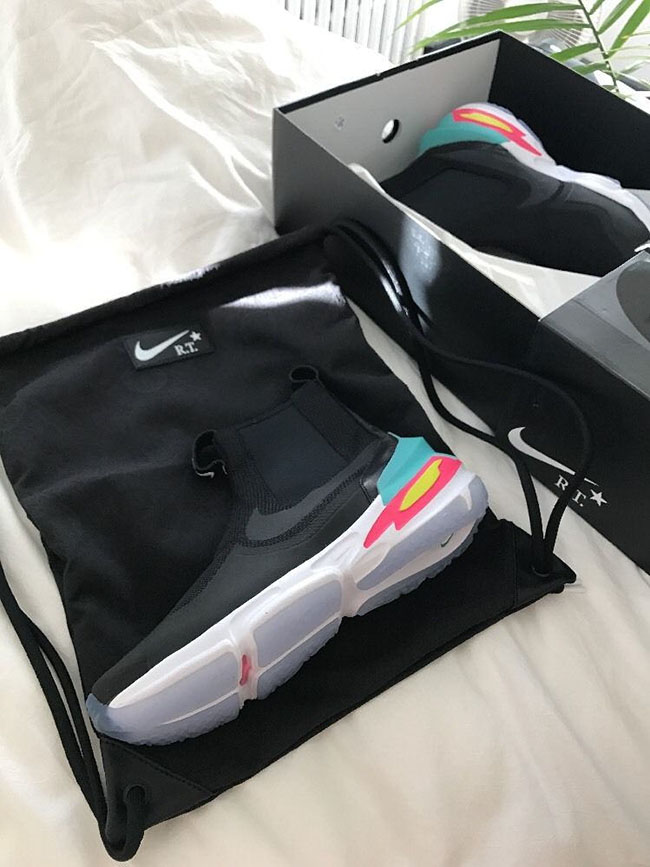 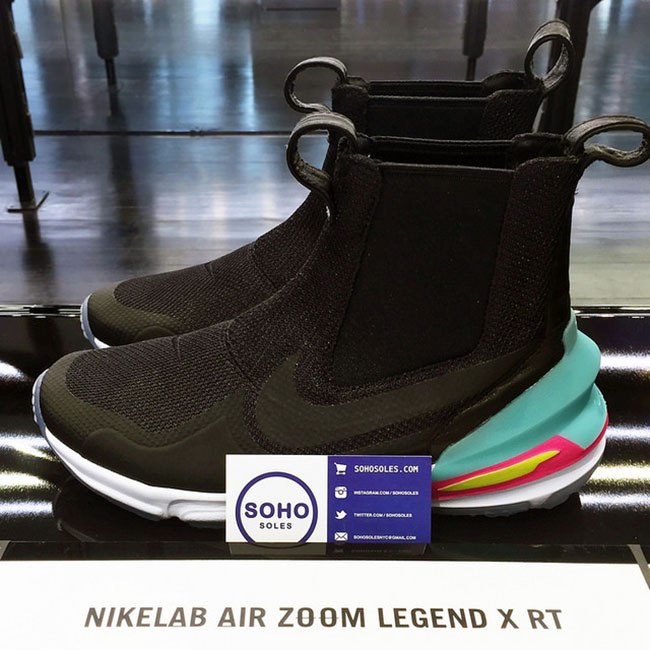 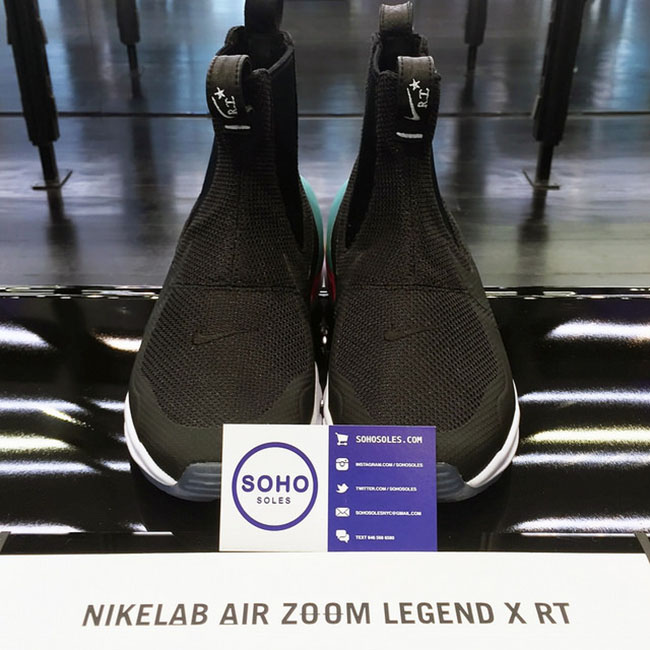 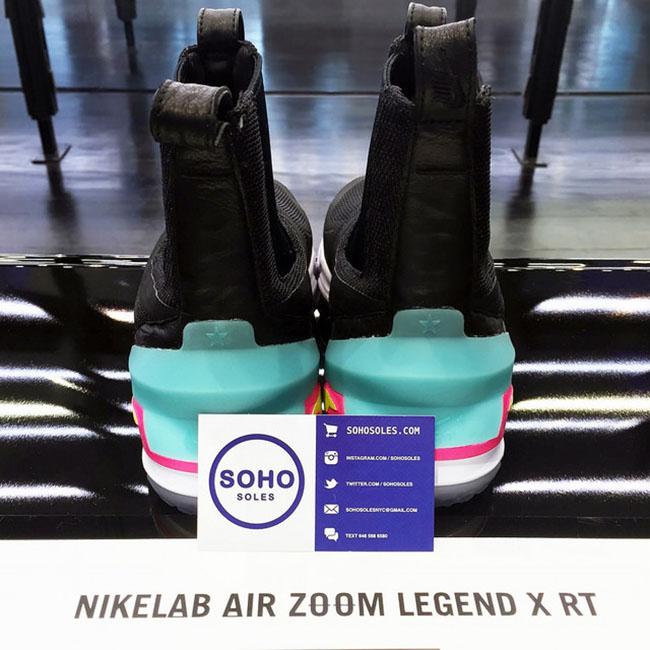 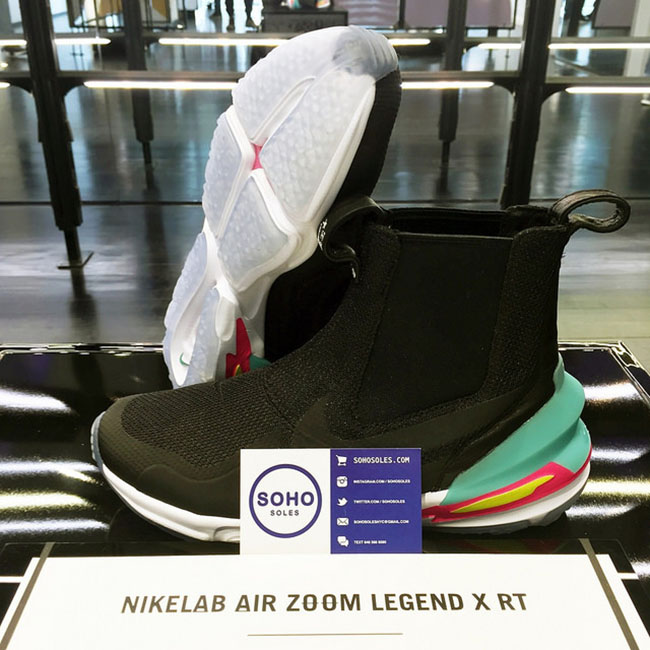 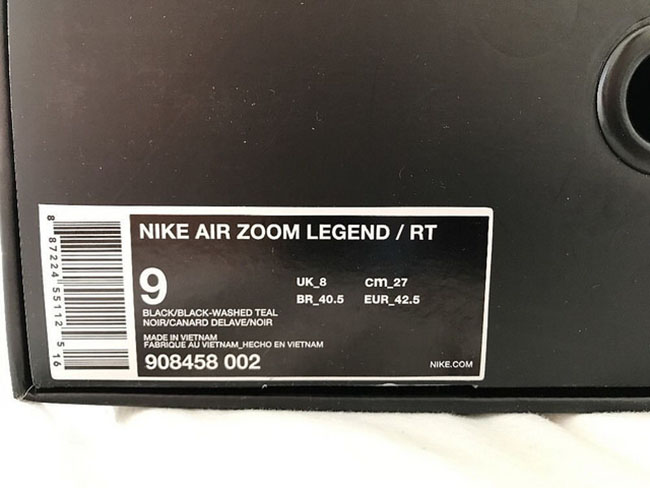