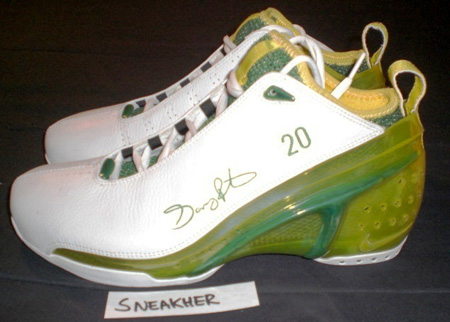 When the inventive heads in Nike’s vaunted Innovation Kitchen drafted up the Air Zoom Ultraflight after the Porsche 911, hoopers the world over hoped the shoe would perform like the luxurious car handled. And while I argue that ‘Flight’s on-court merits were suspect at best, (The plastic plate out back proved to be too inflexible, translating to substandard fit.) there’s no denying that Thermo-Plastic heel cup and Air-Sole unit underfoot provided a compelling package. Swoosh-sponsored players such as Gary Payton and Sam Cassel wore the shoe as they battled on the hardwood night after night. Here’s a look at the aforementioned Glove’s version, colored up in an incredibly awesome dual-tone fade of green and yellow from his Seattle Supersonics days. His number, 20, is inscribed along the upper. What do you guys think of these? Via: Sneakher of NT 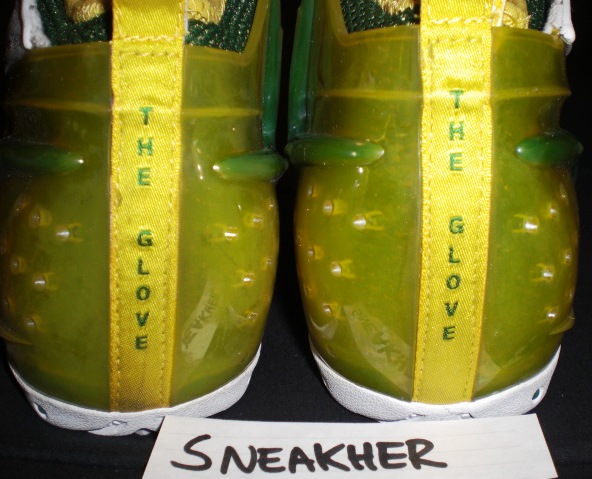