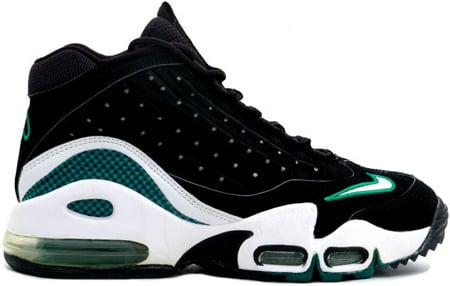 The Nike Air Griffey Max 2 (II) OG Black / Emerald released in 1997, and is the second signature shoe or Ken Griffey Jr. Carbon fiber is featured by the heel, the Ken Griffey signature bat swing is on the heel, and perforated side panel. Also, the Griffey Max 2 was the first in the Griffey line to contain a Air Max Cushioning all around. More pictures after the jump.

Another Nike Dunk Low in Black and White is Releasing Soon