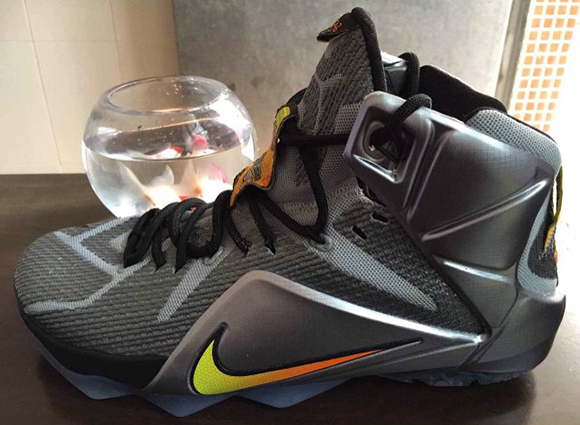 What we called the Winged Lion LeBron 12 is actually known as ‘Flight’, but that’s due to multiple pairs releasing from Nike Basketball apart of a pack. Either way, no matter what they are called, we have the official release date for them.

The Flight Nike LeBron 12 features wolf grey across the mesh and Hyperposite wing, which could easily pass as metallic silver. Black is applied to laces, liner and around the toe box while bright citrus hits the swoosh and tongue. A Griffin, which in mythological terms is basically a winged lion will land on the tongue also.