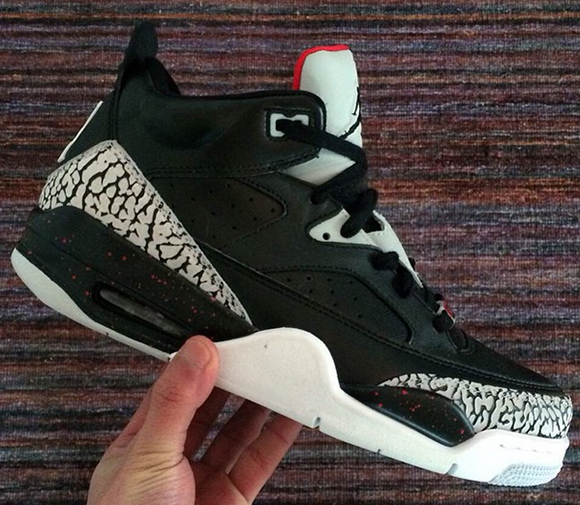 Depending on the colorway, the Jordan Son of Mars Low is either a hit or miss, but without a doubt the Black Cement pair that is releasing in the next couple of months will do wonders. We just got word on the day they are releasing as well as a retail price.

If you are a bonafide sneakerhead, you know where the Jordan Son of Mars Low ‘Black Cement’ got it’s inspiration from. But if you’re not, don’t worry it’s from the Air Jordan 3. Covered in black, grey mist makes up for the elephant print. University red can be seen on the liner and speckled across the midsole.