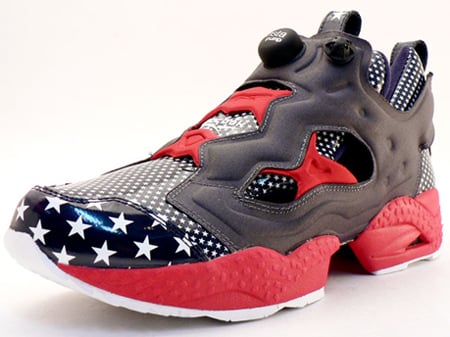 For spring 2009, Reebok is releasing its “Stars” and “Superhero” Pack, consisting of an Insta Pump Fury and Pump Omni Lite, and an Insta Pump Fury, respectively. The navy/grey/red Insta Pump Fury and navy/red/white Pump Omni Lite of the Star pack feature a white star print against metallic navy blue patent panel, found throughout both shoes. The Insta Pump Fury also has a speckled red midsole, white sole, and grey upper, while the Pump Omni Lite is dominated by the star print, contrasted by white leather and a red midsole and white sole. These shoes give your feet a patriotic look, but the Superhero pack Insta Pump Fury’s say differently. The neon yellow/red/black Insta Pump Fury’s is mostly neon yellow, contrasted by red and black panels, a black toe featuring a star pattern, and a black midsole and sole. The neon yellow upper parallels radioactive material that will turn its shoeowner into a superhero! Lame, but hey, at least a nice shoe came out of it. So be sure to get at these packs on Mita, available for $185 to $220. 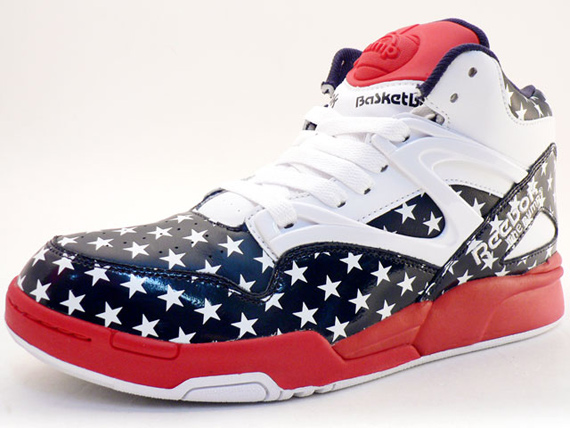 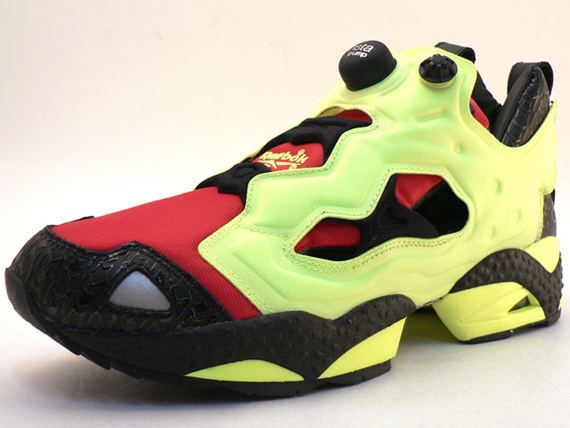 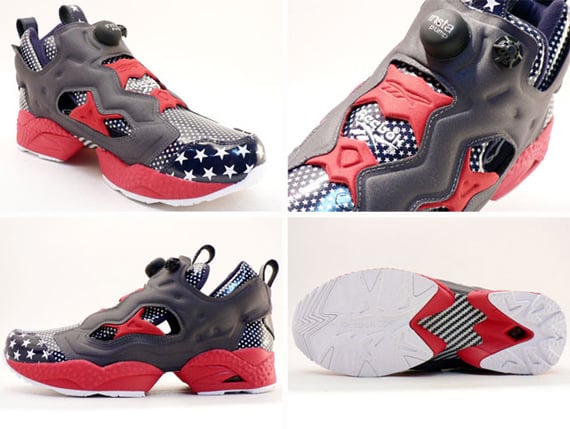