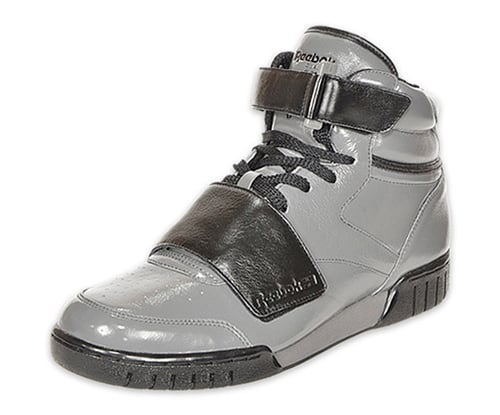 Fans of the Reebok Ex-O-Fit High Strap silhouette might feel more confident in their adoration with the release of a non-Kanye-esque colorway of the modified pre-Yeezy sneaker. Originally released in 1987, the Ex-O-Fit High was fitted with a strap last year — around the same time that previews of the Air Yeezy begun to surface. As you can imagine, the model has mostly been written off as a cheap clone (despite an interesting Atmos collaboration… although the glow in the dark comparison was unavoidable), seeing predictably flashy colorways through out the course of the year. Reebok has finally released a more subtle (and in my opinion, better suited) colorway of sneaker, in a muted Grey/Black. Without the flashy uppers or high contrast accent colors, the model holds its own as a classic sneaker brought into the 21st century. If the cooler fall tones catch your eye, you can pick up a pair from FinishLine now.