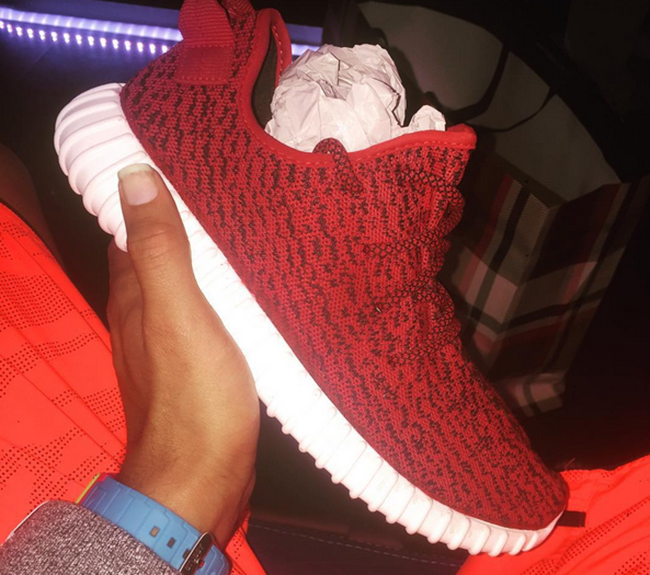 Diddy isn’t the only one with Red adidas Yeezy 350 Boosts. Chris Brown must of saw the pair and now has his own red Yeezy 350s.

As you can see, the model features a red Primeknit upper which was dyed. The original model was the grey, and everything else from the white boost midsole stays the same.

When Breezy shared the image on Instagram, he had the following caption: “Had to dye dem yezzy’s #500 🏁” which confirms this pair is a custom. Not only that, Kanye West has came out and said there won’t be any adidas Yeezy 350 Boosts in red to release, although that can change.

Do you think adidas should roll out a red model of the Yeezy 350 Boost? Let us know below.