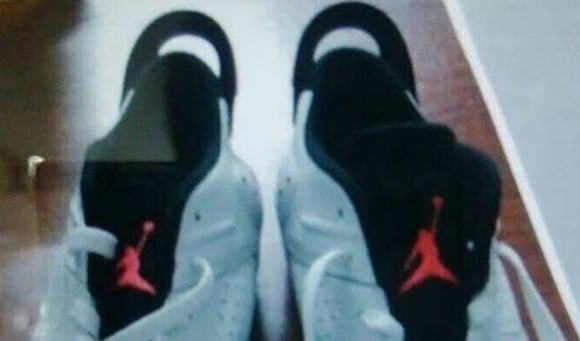 Months back we broke news that Jordan Brand would be releasing a handful of Air Jordan 6s, but this time around as lows. One pair we haven’t seen, until now is the white and infrared. At the time, it was just a rumor, but we heard it from our source that always comes through, so we knew it was true. It was only a matter of time before a first image would pop up.

From this preview image of the Air Jordan 6 low in white and red, you can see that they are not finished. Basically someone either smuggled the shoes out of the factory, or someone snuck in a camera (you’re not allowed to do this).

Overall, besides the lower cut, the low Air Jordan 6 is pretty much the same as the mids, except the tongue. The lower version will be completely dressed in black. You might remember that the mids start out in black then transitions to white.

The 2015 Air Jordan 6 Low in white and infrared is expected to release in July and with a retail tag of $175. 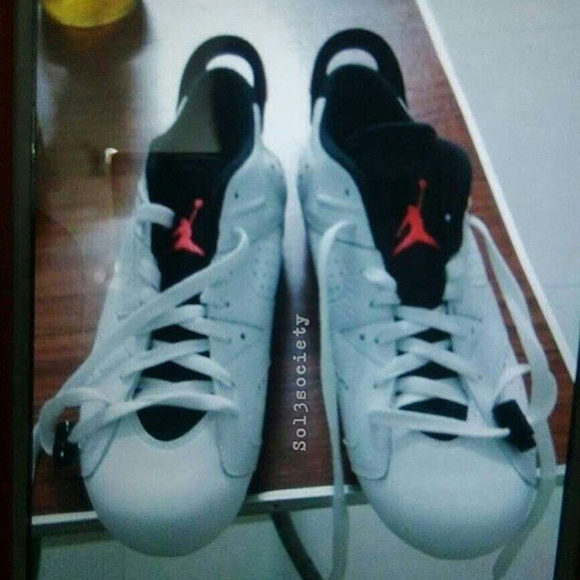