As you may know, there is a new version of the Olympic Air Jordan 7 releasing. Known as the ‘Olympic Alternate’ Air Jordan 7, the model will be available this Saturday, August 6th.

The Original Air Jordan 7 ‘Olympic’ is iconic in a few ways, but what stands out to many is the fact Michael Jordan wore them during the 1992 Olympic Games in Barcelona, playing apart of the Dream Team. The second would be that it’s an OG release.

For those that wanted to see a side by side comparison of the two (video coming soon), images has landed of exactly that. While the overall color scheme retains Patriotic, some of the biggest differences on the new ‘Alternate’ Air Jordan 7 is the gradient on the sides along with speckled detailing and USA flags on the heel which is incorporated apart of MJ’ Olympic number 9.

More images comparing the two can be seen by scrolling below. When you’re done, leave a comment and let us know which one you like more. 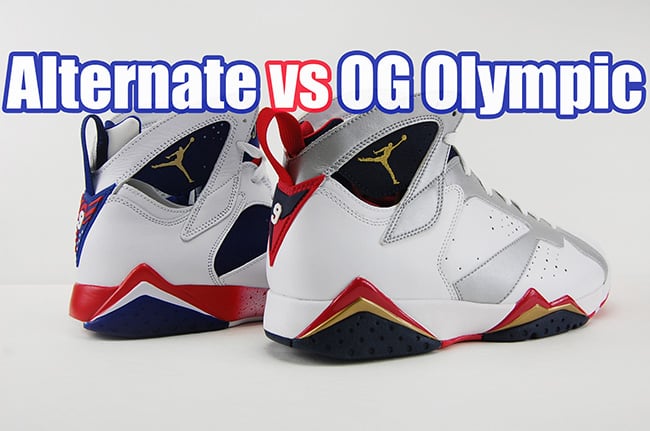 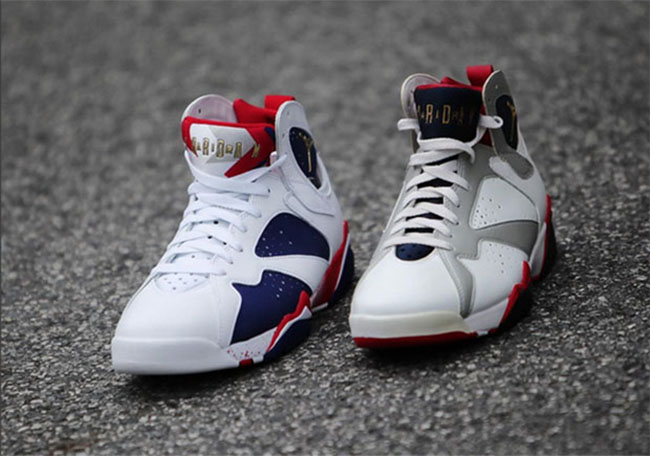 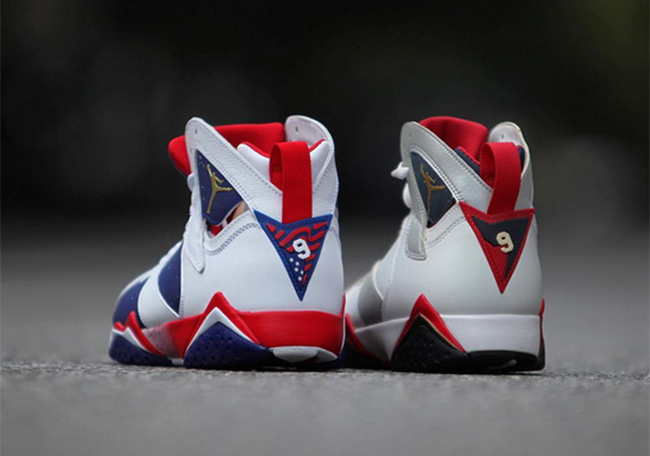 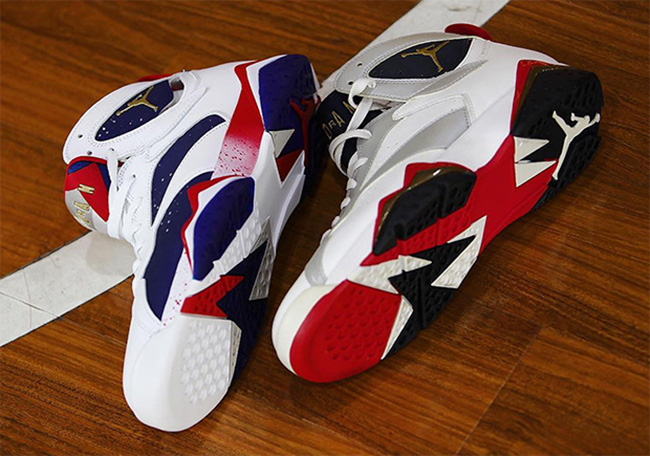 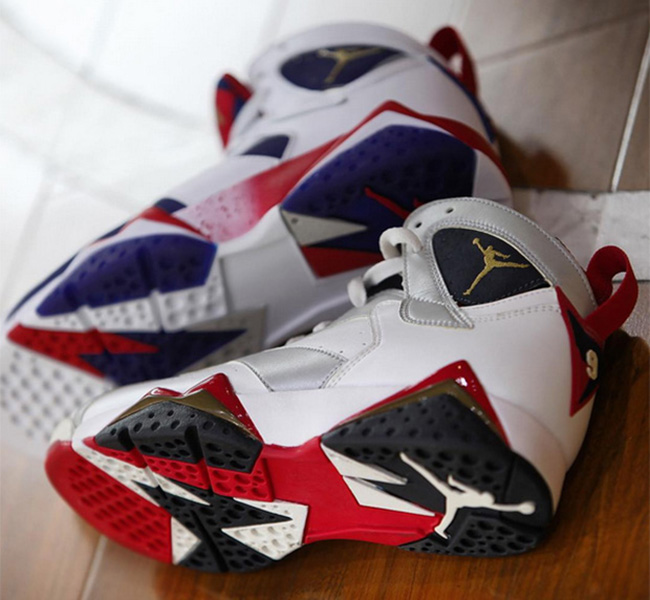