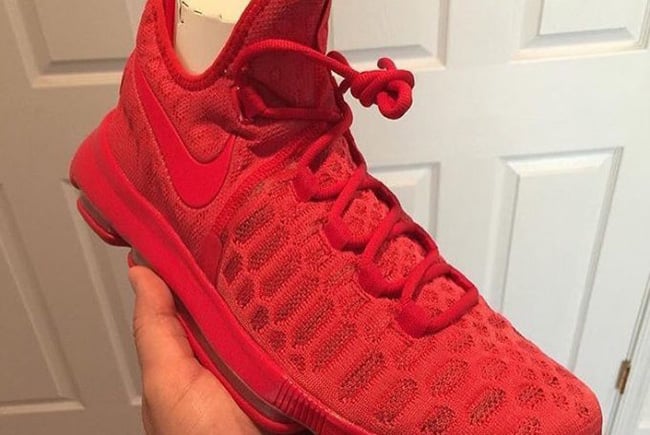 The Nike KD 9 shown features an all Red take over which has received the Red October nickname. For those that may have forgotten, the Triple Red use was made popular on the Air Yeezy 2, however this isn’t the first time a model from the KD line was dressed in all Red. The Global Game KD 7 had the same theme with a hint of Metallic Silver.

As you can see, the shoes are dressed in Red which covers the Flyknit uppers along with the tongue, laces and even the branding. Finishing the look is the same shade running through the Zoom Air unit.

At the time of writing, a release date for the Nike KD 9 Red October has yet to be announced, however they are expected to launch at Nike Basketball retailers during Fall 2016. Retail price will be $150. Make sure to check back with us for updates and let us know what you think below. 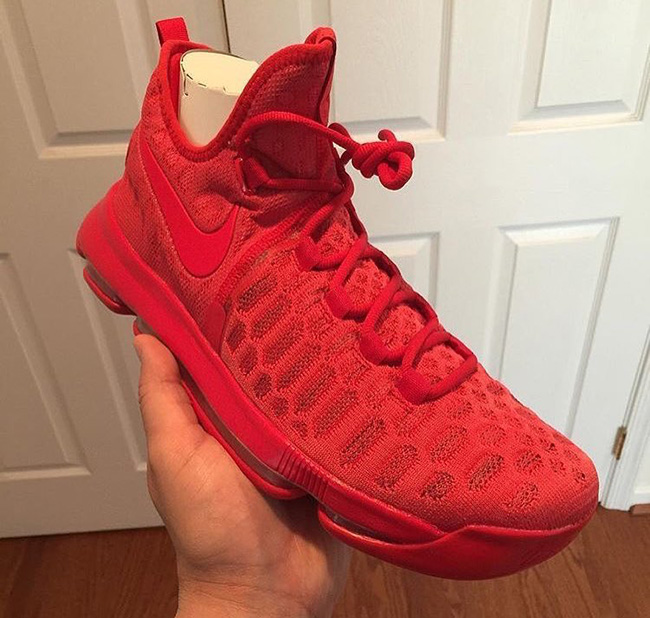