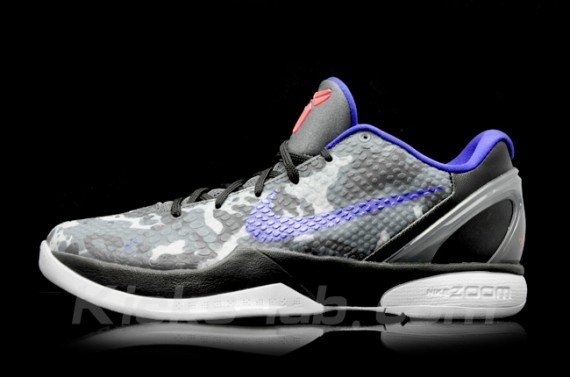 Looks like Camouflage is ‘in’ when it comes to the Nike Zoom Kobe VI, with yet another ‘Camo’ colorway is set to release. This ‘Camo’ colorway is made up of three shades of grey, which appears on the upper along with a dark blue swoosh. Dark blue is also used as the inner linning, black can be seen on the midsole, heel counter and tongue. The shoe is given a white outsole as both of the Kobe logo on the outsole and tongue are done in red. These will be reaching select Nike retailers soon, check out Kicks-Lab if you want to snatch up a pair now. via Kicks-Lab. 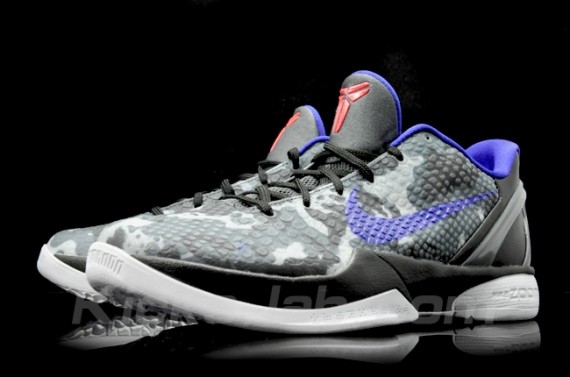 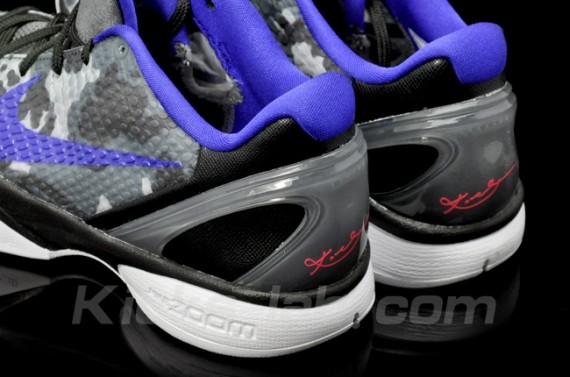 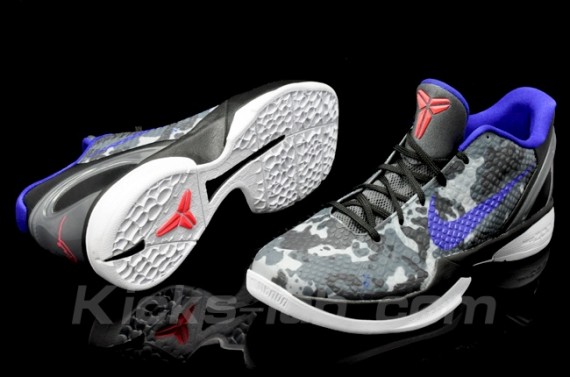 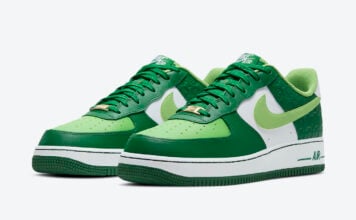