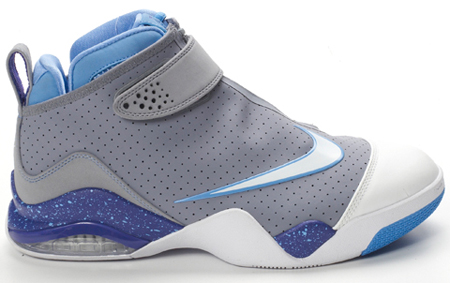 The Nike Zoom Flight Club was reported as the upcoming signature sneaker of San Antonio Spurs guard Tony Parker, but a new colorway looks more suited for another Western Conference team, the Utah Jazz. Parker’s logos and signature graphics appeared on the Zoom Flight Club from the “Playoff Pack”, but there is no back story yet on the model pictured above. Featured is a combination of grey, white, light blue and a darker shade of blue which also consists of a splatter effect at the midsole. Whatever the case may be, the Zoom Flight Club will be sold in stores starting April 1st retailing at $100. Check with your local Nike basketball retailer and House of Hoops for availability. 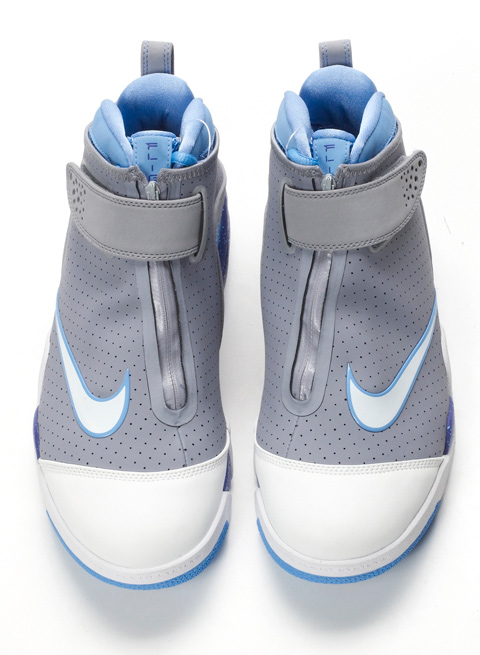 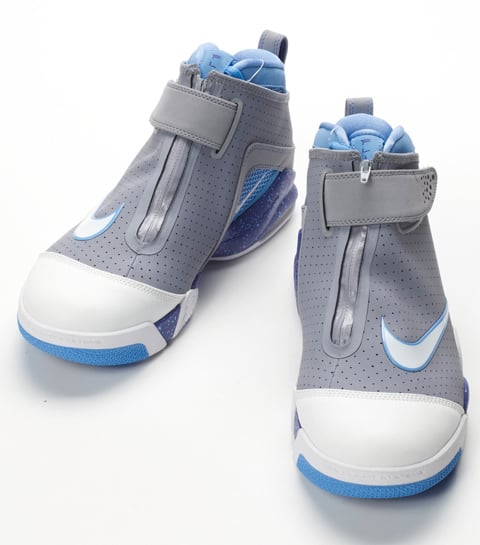 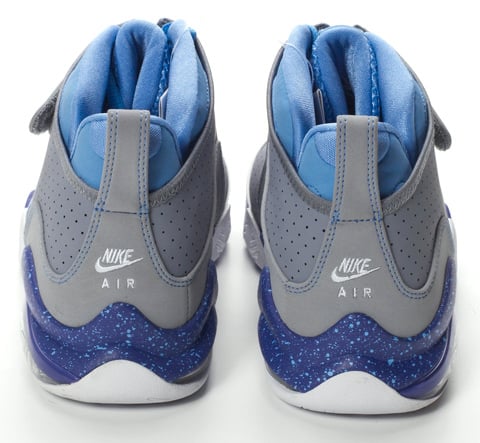 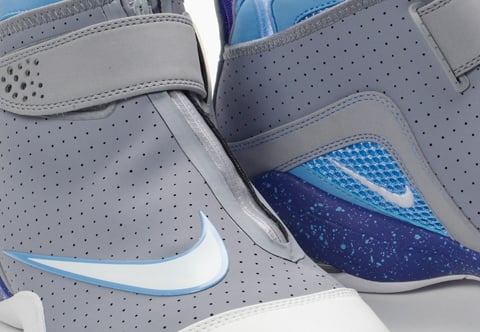