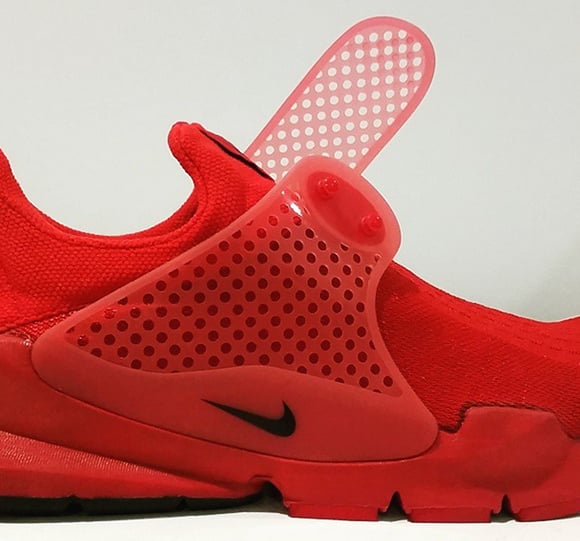 The Nike Sock Dart has a strong following which could be attributed to Fragment Design. Although non collaboration models have dropped in some hot color schemes that sold out rather fast. A while back we showed you a preview of the all red Sock Dart and now we have a follow up with additional images.

The Red Nike Sock Dart has received a lot of positive feedback, which we knew it would. Red sneakers are in and have been for the past couple years. Using red pretty much everywhere including the translucent strap and neoprene uppers, black is the only other color used which hits the branding.

As of now a release date for the Nike Sock Dart ‘Red’ has yet to be issued but stay tuned for more information and images. 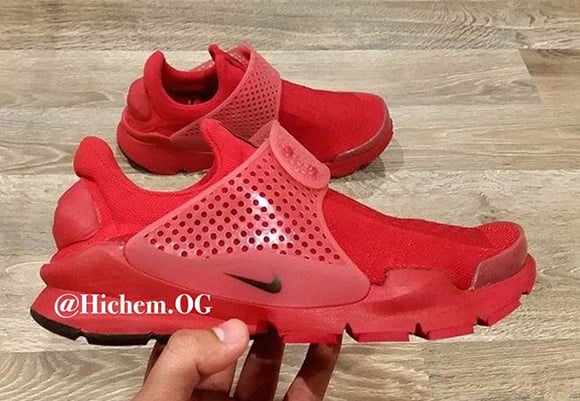 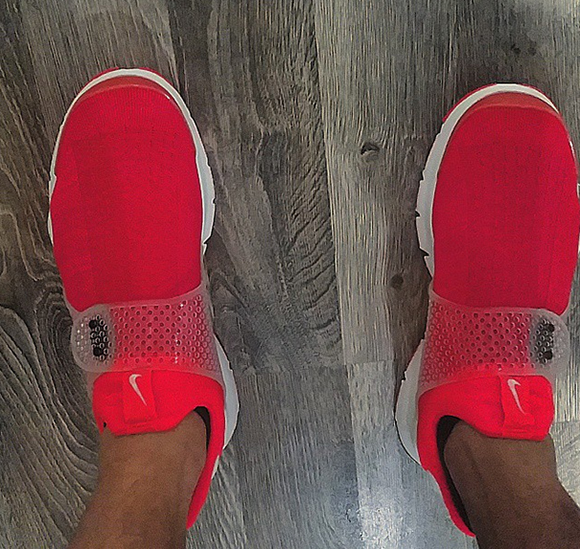