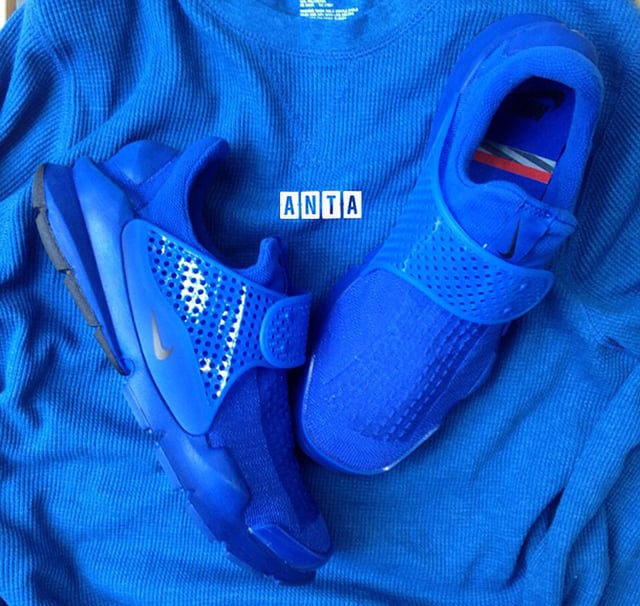 So far we have shared with you an all white and an all red pair of the Nike Sock Dart and now we introduce all blue. It appears Nike is making its new fan favorite shoe in a patriotic theme.

As you can expect, there isn’t much to break down with the Blue Nike Sock Dart. As you can see blue is used pretty much throughout the entire show including the transparent midfoot strap. Black is added just on the side and tongue swoosh and the outsole around the heel.

The Nike Sock Dart in blue will be releasing sometime during the Summer. Check out a couple more images below and let us know what you think. 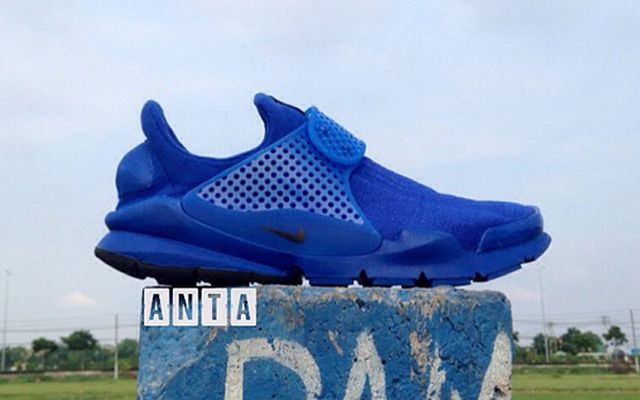