Under Armour Curry One ‘Dub Nation’ 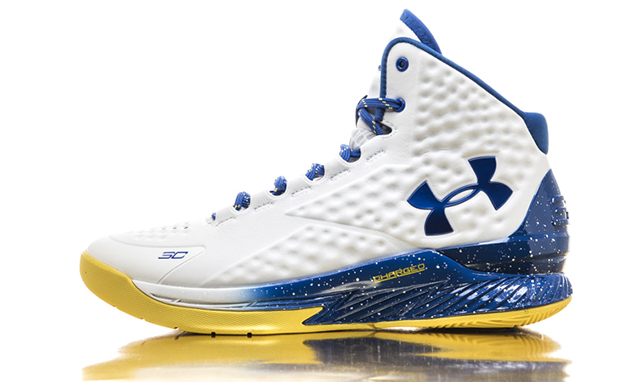 At the time of writing, it’s the third quarter with the Golden State Warriors up against the Memphis Grizzles. If you been following the Playoffs, you would know GSW is up 3-2 in the series and a win will send the team to the Western Conference Finals. Curry has had some memorable moments this season, including a nice cross over against Chris Paul.

Curry had on a pair of his first signature shoes, the Under Armour Curry One which was thought to be a player exclusive. We have now learned the shoes will make it to at least two retailers, Under Armour and Finish Line. Known as the ‘Dub Nation’, the shoes feature a white base, metallic blue on the heel counter and midsole with a white speckled overlay. In addition, more blue is used on the tongue, laces, and liner. The outsole and sole comes in yellow with the ‘Charged’ on the side.

The Dub Nation Under Armour Curry One will release Friday, May 22nd 2015 at FinishLine at 10 AM EST. 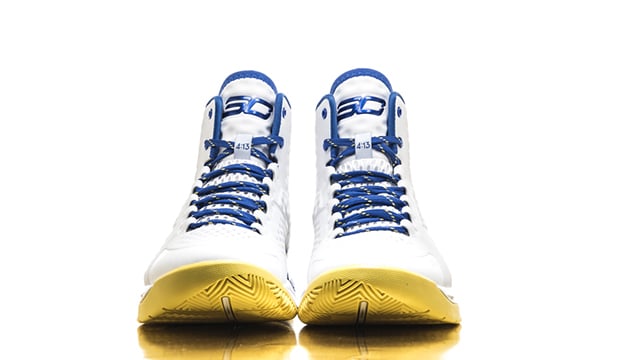 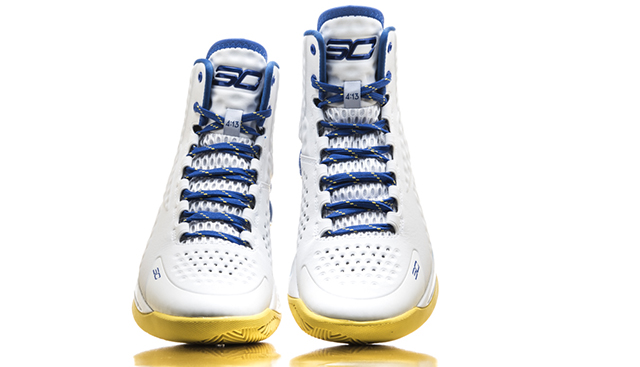 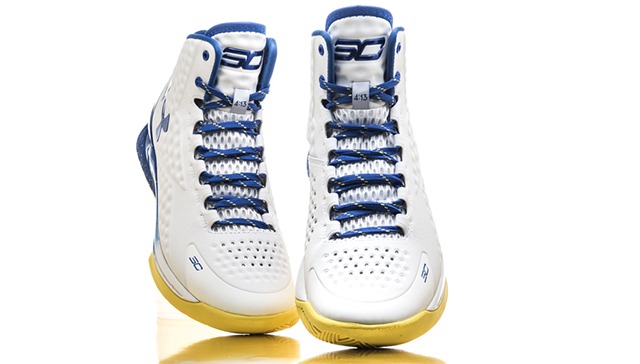 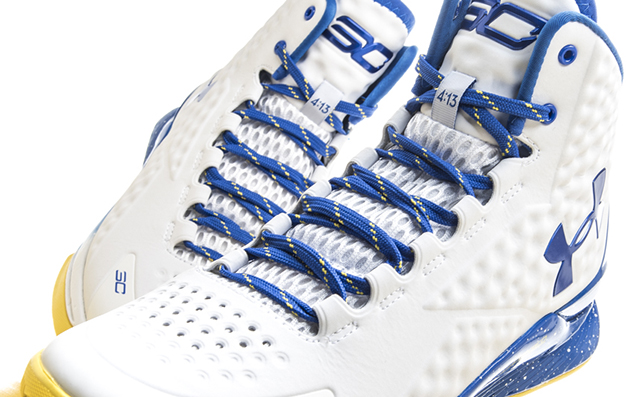 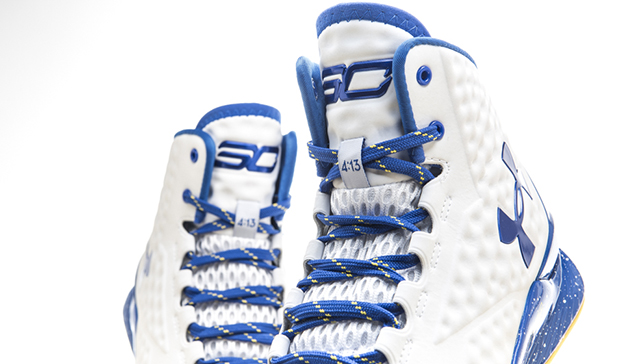 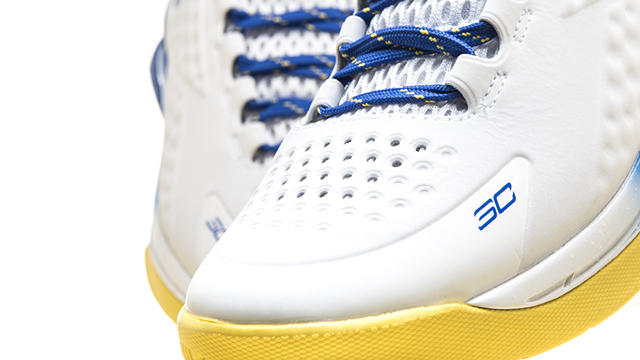 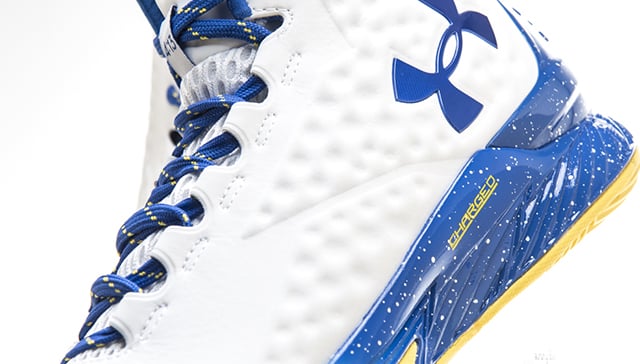 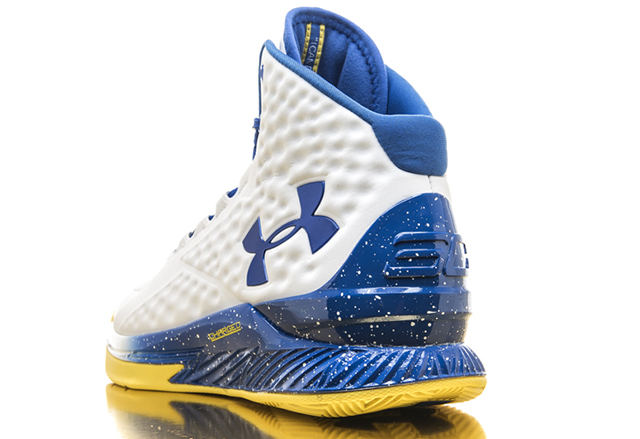 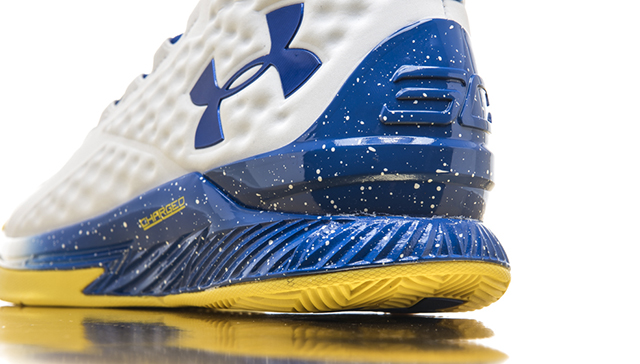 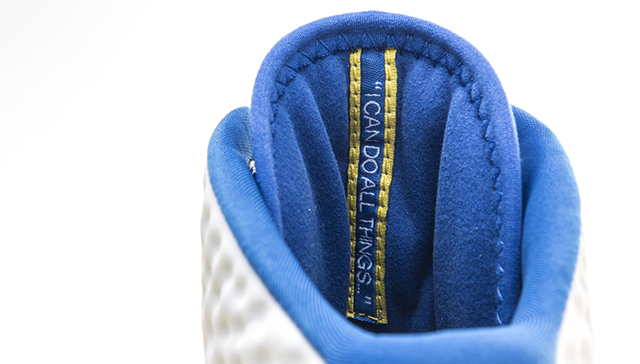 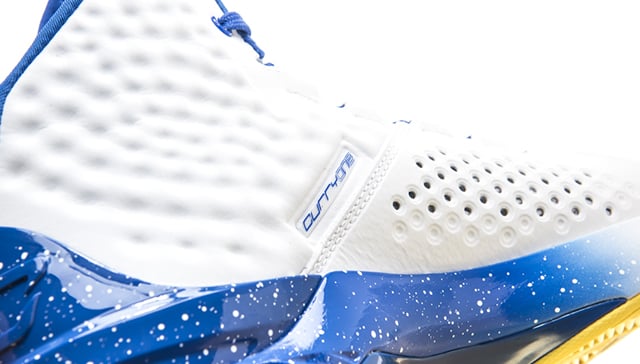 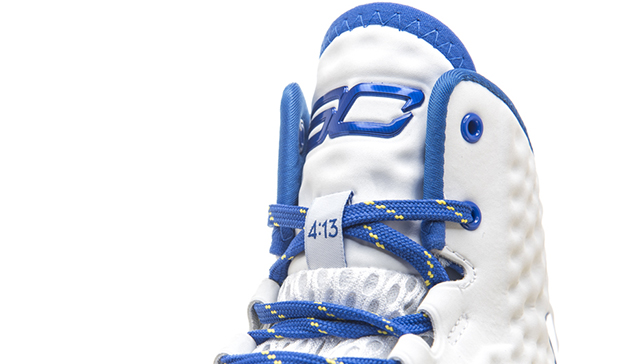