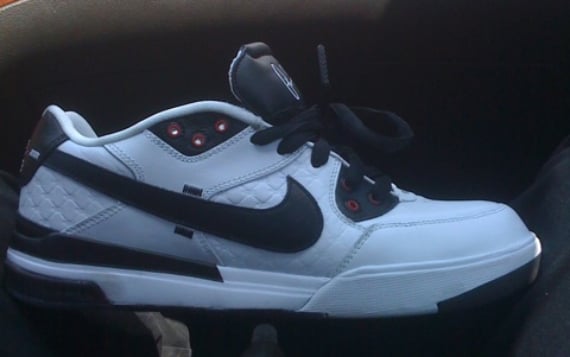 Paul Rodriguez, one of the world’s best skaters, has already released two signature models with Nike SB, and we now have a preview of his upcoming sneaker, the P. Rod 3 (III). The third model from Paul Rodriguez’s line takes a few elements from the past two models, including the side quilted panel, and meshes them together with some new school flavor to create a skateboarding sneaker that will last long and look great. This style of the P. Rod 3 hosts a white leather upper with black accents on the swoosh, tongue, and laces, while red accents are seen on the lace holes and heel. Expect to see the Nike SB P. Rod 3 (III) at your local Nike SB retailers in August ’09.